The role of simulator drivers is overlooked by even the most ardent of motorsport fans. To understand how much of a difference they make in maximising the performance of a Formula E car, we caught up with GP2 race winner and Mahindra Racing’s development driver Jordan King.

Ever since Formula E was launched in the latter half of 2014, the series hasn’t been hesitant to embrace radical ideas to go about electric racing in city centres around the world.

One of the unique aspects about the championship is the format of the race weekend, with practice, qualifying and the race itself all squeezed into a compact schedule on a single day.

This obviously comes with its advantages, primarily minimising any disruptions to city traffic while also putting a lid on running costs for promoters. But it also creates a headache for teams, which get limited time to optimise their cars before the race - something that is vital for a series that puts so much emphasis on energy management.

This is not Formula 1, where teams have all of Friday night to analyse the data in detail, detect even the smallest of issues and then come up with solutions to try in practice the next day. FE’s rapid-fire format simply doesn’t offer the same amount of track time or gaps between sessions to make any substantial changes to the car.

Not to mention, the series races primarily on unfamiliar street circuits, many of which have been added to the calendar recently or have gone through major changes over the years - leaving teams with little-to-no historic data to rely on.

This is where sim drivers come into play. Spending as many as 12 hours a day in the factory during a race week, these men and women work tirelessly behind the scenes, offering a “support service” of sorts to those working trackside.

“The main part of my role is simulator-based,” explains King to Motorsport.com. “We’ve got a factory in Banbury in the UK. We've got a simulator and a whole group of guys and girls based there working on the simulator.

“And the main role for us during a race weekend is to check everything that gives us more time, more options to try things - whereas at the track it’s so limited.

“So for us to have that ability at the factory to try everything and iron out all the problems [is crucial to success]. Some of the stuff we do is along the lines of software, all of the efficiency and powertrain work.

“If the drivers are complaining about certain things at the racetrack, we can try and solve the problem. So by the time they get to the track the next session, they already have that problem solved without having to waste time in trying to get it sorted at the racetrack.

“We do everything back at the factory to save them from doing it and it gives us a fast curve of progress.”

Advancement in simulators over the last few decades have helped produce an experience that comes very close to real-life driving, giving sim drivers a realistic idea of how a car behaves over bumps or kerbs while sitting thousands of miles away from the actual track.

The simulator employed by Mahindra [see video] is quite similar to the multi-million dollar machines used by F1 teams, with the only major difference being the absence of a moving platform.

“To give you an idea of the image of it, it’s got a big wrap-around screen, probably a good five metres in diameter and three projectors,” continues King.

“They are very high quality projectors and a big wrap-around screen ensures you get a full 180-degree view of the track out in front of you.

“And then they have a mock up chassis. The chassis itself has a proper power steering unit in it so we get a lot of force feedback through that.

“The throttle and the brakes and pedal boxes are exactly the same from the race car. And all of the systems behind are the same as in the race car.

“Then you have your own race seat and the seat belts fastened up around you. At corners the speed belts pull on you and give you some extra feedback. 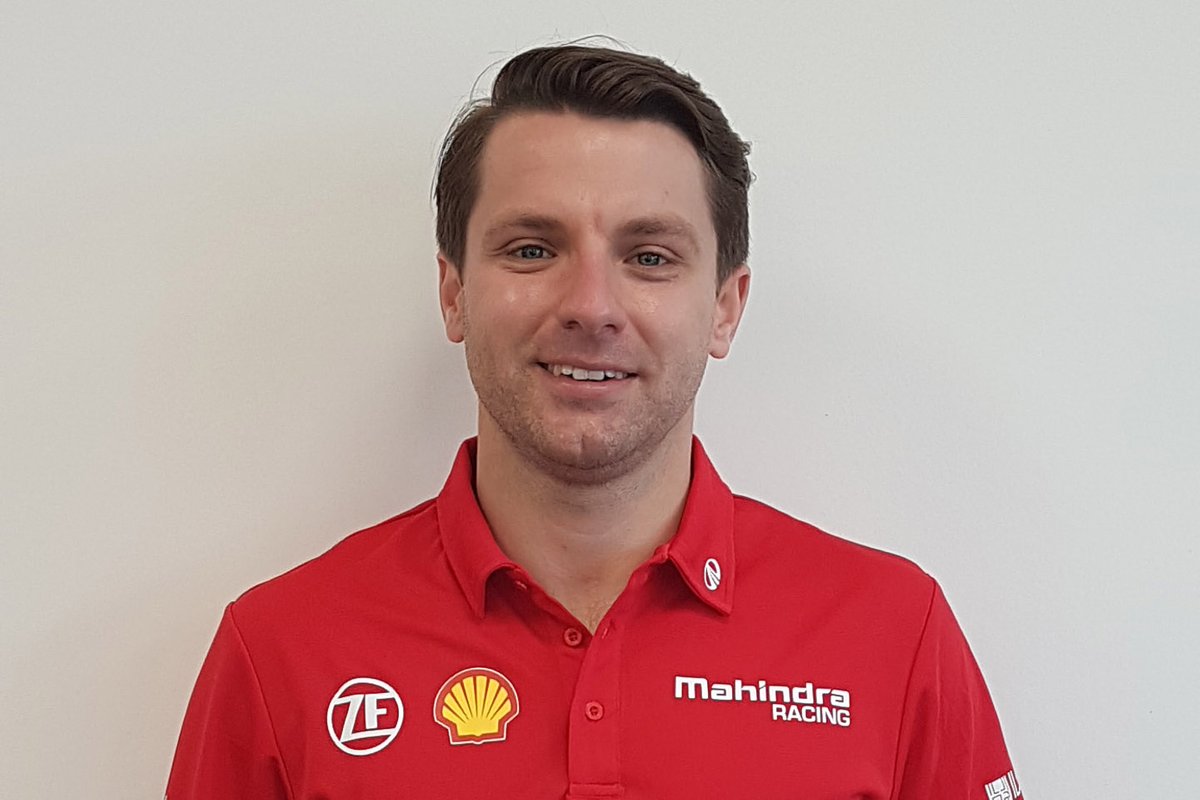 Two circuits on the 2020/21 Formula E calendar are completely new, the Rome layout went through a major overhaul, tweaks were made to the Diriyah and Valencia circuits, while the full grand prix version of Monaco was used for the first time this year.

So how do teams prepare for a new track on the sim?

“We always have a prep day before the race weekend,” explains King. “Normally a few days before the race we run through everything, so that’s normally the time where we learn the circuit, and it doesn’t take too long to get a rough idea of which direction the circuit is going or where it’s braking, or how fast each corner is.

“You get down to a good lap time in probably 10 laps and you kind of know what you are doing, what the circuit is doing and how each corner behaves.

“Throughout the day you just chip away a little bit and you find a couple more tenths. So by the time you get to the race weekend you can get up to speed.”

FE has had to resort to double-headers in response to the COVID-19 pandemic, with all venues hosting back-to-back races this year with the exception of Monaco. This has offered sim drivers another opportunity to show their skills, helping make major breakthroughs overnight between the two races.

The Rome E-Prix was a perfect indicator of how crucial a role sim drivers play in Formula E, as the work King put in the simulator transformed Mahindra’s fortunes in less than 24 hours.

Both Alex Lynn and Alexander Sims appeared well off the pace in the opening race of the weekend, with Lynn salvaging an eight-place finish after failing to qualify inside the top 10. Sims lined up 15th on the grid and retired early with damage to his car.

But what was a 1.5s deficit in qualifying was halved overnight, allowing Sims to progress to superpole and start sixth on the grid. His long-run pace was perhaps even more impressive, as he shaded Mercedes’ Stoffel Vandoorne throughout the race, scoring Mahindra’s first podium of the season with second place.

“In the first race we struggled a little bit in qualifying, couldn’t quite get the result we were looking for and that made the race a little bit harder further down,” King recalls of the Rome weekend.

“So overnight between Saturday and Sunday I stayed up really into the early early hours on Sunday morning to improve the car in certain areas.

“The guys at the track were struggling, so we ran a lot of things and came out with what we thought was quite a good solution. And then the following day the guys put that on the car for qualifying and Alexander Sims ended up qualifying sixth and then had a really good race and finished second.

“That was a very direct comparison that we could have, the work we did made a good step forward and we did well.

“But there's a lot of smaller things that we’ve done like software or programming or the regen and the efficiency of the car.

“One of the days we found a problem and we solved that problem even before the car went out on track. In the car it ran smoothly and we had no issues. We sorted it out beforehand.”

A similar trend to Rome was seen in last weekend’s London double header. While Mahindra’s long run pace fell short for Lynn to convert pole position into victory in Race 1, he was able to pass Mercedes’ Nyck de Vries on Sunday to claim a first win for Mahindra since Marrakesh in January 2019.

Lynn admitted after the race that the Indian manufacturer has made “a step forward” since Saturday, where he was passed by both de Vries and BMW’s Jake Dennis and dropped to third, showing the work sim drivers put in during a race weekend shouldn’t be overlooked.

As King says, “it’s those little things that all add up and [help us] keep making progress.” 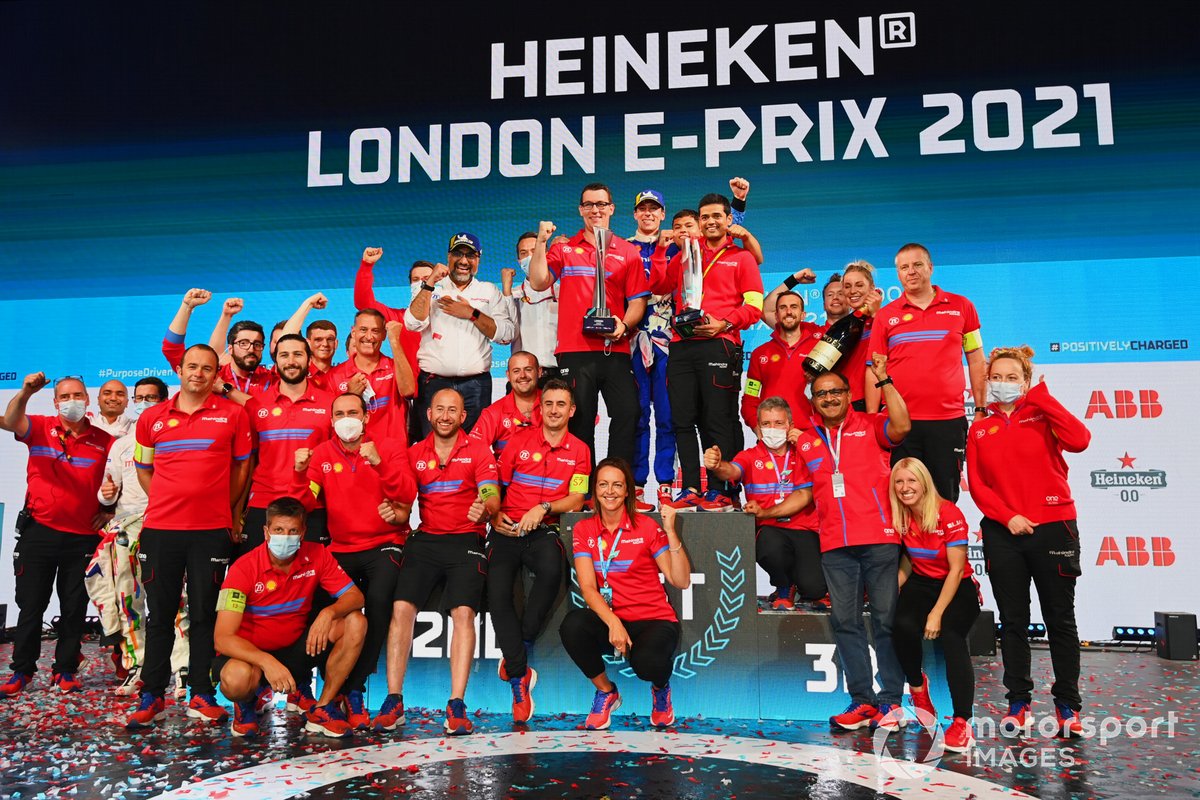