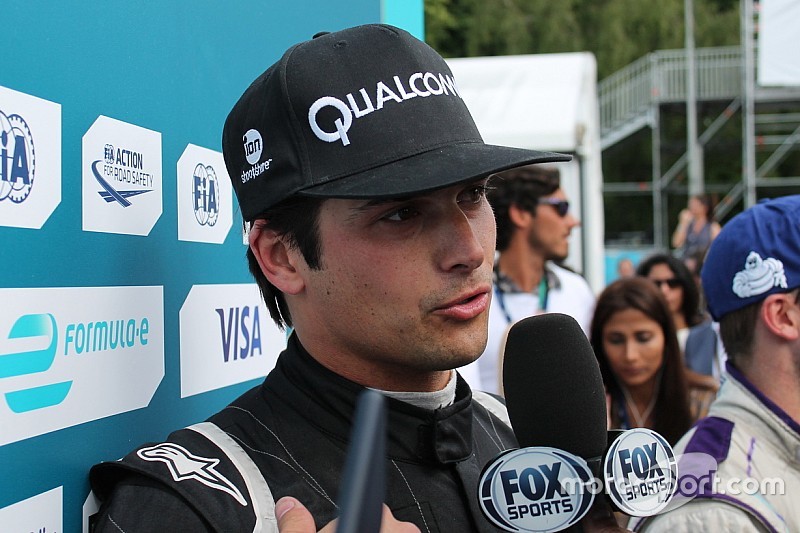 It rarely happened during their father's and uncle's sometimes bitter racing in the 1980s, but Bruno Senna holding off Sebastien Buemi in the closing stages of the final Formula E race today ensured that Nelson Piquet Jnr became the first Formula E champion.

Buemi was climbing all over Senna for a net fifth place in the closing stages of the season finale around London's Battersea Park, which would have guaranteed the title for the Swiss eDAMS racer.

Speaking to Motorsport.com Senna said of the pressure he was under from Buemi: “I had plenty of energy but the cars in front were struggling so it all bottled up.

“We actually chose the wrong configuration for overtaking, so on a track like this it was super difficult. I was stuck behind Duval who was obviously saving energy and there was contact but it was just a case of everything up ahead going much slower, it was not deliberate in any way.

“Loic was angry afterwards but we spoke, I explained, and it is all cool.”

After Senna said that, Piquet emerged from the post-race press conference and acknowledged the part that Senna had played in sealing his championship.

“Thanks man,” said Piquet. “I’ll give you my credit card later and you can go and get some beers.”

Senna replied: “No worries, but just don’t give me the rubbery one!”

Piquet won the inaugural title by a single point, but after the race admitted that earlier in the season the then-China Racing team’s form was so poor that he initially believed a single podium might only be the highlight.

“When I signed my deal, which was only for five races to begin with, we were just not ready and that was reflected in the first few races,” Piquet said.

“But we have worked really hard and I adapted to the car well, we have a great group of guys, we were working and investing all the time and it paid off.”

Piquet won races at Long Beach and Moscow, in addition to other podium positions at Monaco, Punta Del Este and Buenos Aires.

Buemi blames himself for losing title