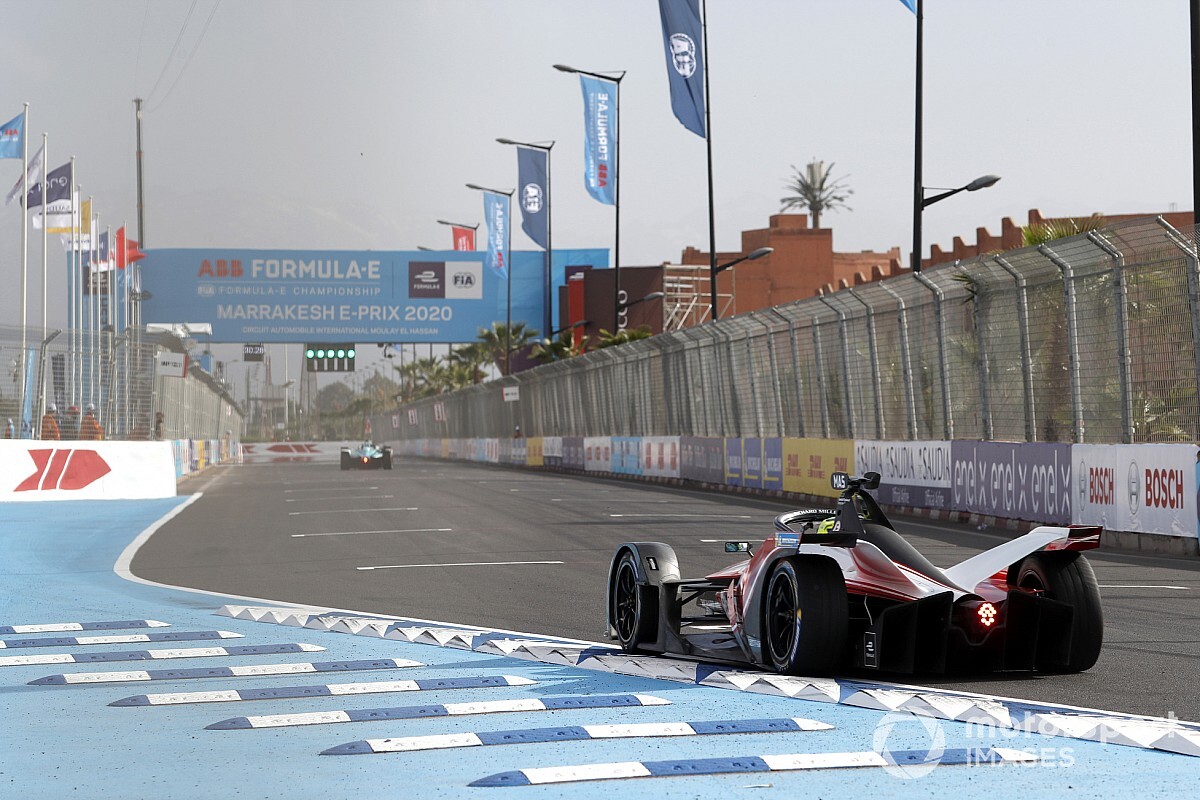 The current Formula E season will be scrapped if there are no more races before October to ensure the full 2020-21 calendar occurs when the series gains world championship status.

Both the New York and London E-Prix - set for July - have been cancelled amid the coronavirus pandemic so there are currently no further races scheduled this season.

Although FE is aiming to bolster the 2019-20 calendar with events behind closed doors and held at permanent circuits, the series will not race beyond September.

It is hoped this will allow the 2020-21 campaign to run in full as FE gains FIA world championship status.

FE co-founder and chairman Alejandro Agag told Motorsport.com: “If we cannot race in August and September, I don't think we will race beyond that.

“We will clearly sacrifice the [current] season to start racing [for the 2020-21 season] in December.

“Even with all the question marks and all the uncertainty, I think it’s very unlikely that we will not manage to do one more race.

“I think we will achieve maybe another two to four races, that's likely two double headers and maybe a little bit more. If we do that we're fine.

“But like I say, beyond September we won't race. We will then go to start season seven.”

The interrupted FE season has so far run for six races split across five events, one short of the six required by the sporting regulations to qualify as a championship.

Motorsport.com understands that FE is in talks with British circuits - such as Silverstone, Donington Park and Brands Hatch - to stand in as potential host venues.

Agag also told Motorsport.com that series could abandon street circuits for up to three years if citizens felt uneasy about the 1000-strong FE paddock moving between cities.

Organisers are also considering reinstating Berlin on the calendar with a race at the Tempelhof airport and forging ahead with plans for a maiden Seoul E-Prix in South Korea due to the nation’s low infection rate.

FE CEO Jamie Reigle said: “Right now we’re working to a plan in late July and August to try to return to racing.

“Generally speaking, we’re looking at trying to complete the season with another four to six races in the late summer and into September.

“The view there is you complete the season and shift the planning to season seven.”

Agag added that he had been in talks with ITR chairman Gerhard Berger about the possibility of FE and the DTM sharing events later this season.

“Maybe we do some events together,” Agag told Motorsport.com, “We’re open to any option.

“But you have to be very practical and very humble and not pretend that you are the most beautiful girl in the party.