Rosenqvist: "I’m not at the level I need to be" 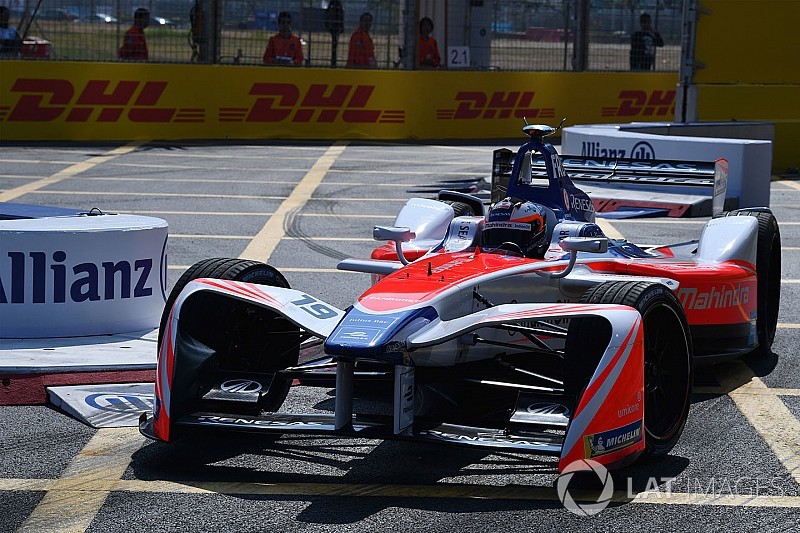 Felix Rosenqvist reckons the spin he thought had cost him a Hong Kong Formula E victory proves he is “not at the level I need to be” at the start of the new season.

The Mahindra driver qualified on pole position for Sunday’s race but lost the rear of his car at Turn 1 almost immediately after it began under the safety car.

That dropped him to 11th before a stirring recovery driver hauled him back to third, which became second on the road when long-time race leader Edoardo Mortara spun with less than three laps remaining.

Rosenqvist was promoted to his second series victory after Daniel Abt was disqualified after the race, but admitted before receiving that news that his weekend had been messy.

“It was just a mistake on my hand,” explained Rosenqvist. “To be fair this whole weekend has been quite scrappy for me. I haven’t had the same confidence as I had with the brakes last year.

“I’ve been working on all weekend to sort of find the confidence in the braking zones and work with the brake bias. That showed again in this race, as qualifying did, that I’m not on the level I need to be.

“Otherwise I’m very happy for this weekend, our car is really good in both qualifying and the race as we showed both days.”

He admitted that “it's not quite how you want to win a race of course, but I'll definitely take it and I think we proved that we deserved it”.

Rosenqvist had targeted the title and eradicating the mistakes the peppered his rookie season pre-weekend.

He added: "To actually win this race after what happened at the start, with pole and the point for fastest lap as well, it's been a pretty amazing day.

“Thanks to the guys at Mahindra Racing for all the hard work during the off-season – I can see that it’s paying off. It's great to get things going like this and prove that we've definitely got the pace.”