Renault Sport ready for round three of Formula E 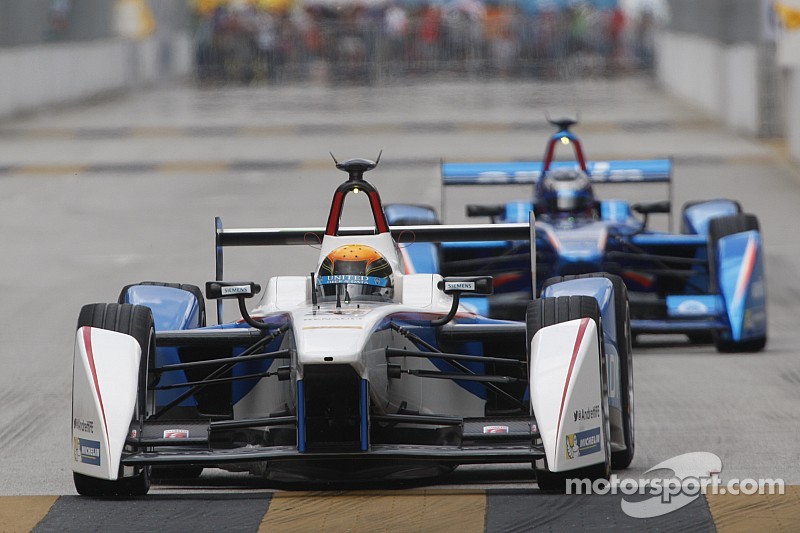 'The main challenge here will be the heat.'

Three weeks after the Putrajaya ePrix, the FIA Formula E Championship drivers and teams return to action this Saturday, 13 December in Uruguay. For round three of the fully-electric racing series’ inaugural season, the city of Punta del Este will host the field of 40 Spark-Renault SRT_01E race cars.

A Formula E technical partner since the early stages of the project, Renault Sport’s expertise has ensured that the competitors have had reliable and safe single-seaters from the word go, thanks to carefully-chosen architecture and integration solutions. Attention has now turned to improving the slightest details, whilst ensuring there is complete sporting fairness between the competitors.

Made up of several towns along the peninsula, forming a link between Río de la Plata and the Atlantic Ocean, Punta del Este boasts one of the continent’s most beautiful seaside resorts and is also a committed supporter of sustainable mobility.

Renault is equally involved in the Uruguayan electric vehicle market. In July of this year, the national electricity production, transport and distribution company took possession of a fleet of Kangoo ZEs ordered during a call for tender. The order further confirmed the qualities of the Renault ZE range and the level of interest in electric vehicles in Latin America, following on from deliveries in Brazil, Mexico, Argentina and Colombia.

The Spark-Renault SRT01_E single-seaters will complete 31 laps of the track that stretches along Punte del Este’s coast, through the picturesque harbour district. The 2.8-kilometre street circuit has a total of twenty turns. It features several fast straights, interspersed with some heavy braking zones. Once again, slipstreaming is expected to play a very significant role in overtaking and in energy management. The track has also been re-laid recently, so the changes in road surface and the presence of sand may present the competitors with an additional challenge.

“At each round, we discover more and more new details specific to the category,” stated Jean-Pascal Dauce, Renault Sport Technologies’ Director of Motorsport. “We were very pleased with the structural reinforcements applied to the gearbox at Putrajaya. The main challenge here will be the heat. We have to make sure that each team’s batteries work properly in the high temperatures. At Punta del Este, the circuit is fairly similar to the one in Beijing, so the drivers will need to manage their energy use during the race. The sand will be a bit of an unknown factor, but the air requirements of the electric motor are significantly lower to those of a combustion engine. Of course, although no problems have been detected as yet, we will remain vigilant and we will continue to work hard on safety issues.”