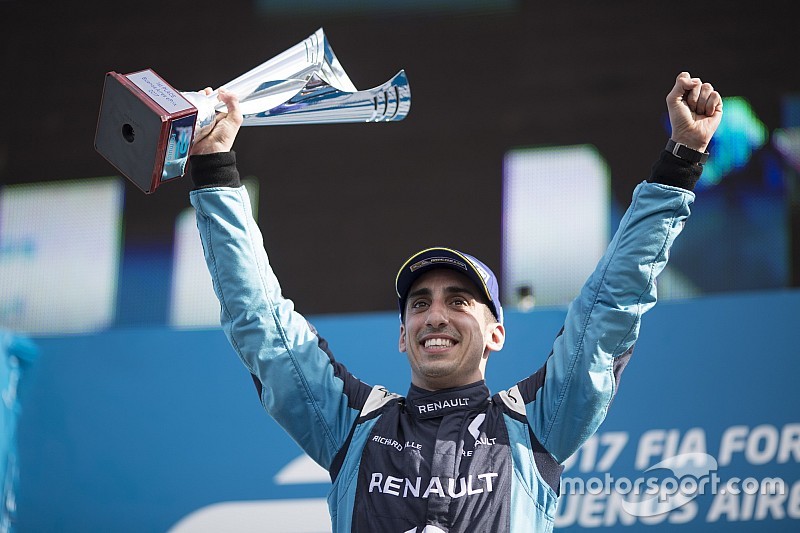 Sebastien Buemi will be treating this weekend’s Mexico City ePrix as a normal race despite making a last-minute dash from Italy to race at the event, according to his team boss Jean-Paul Driot.

The Formula E points leader has been forced to take a plane from Milan to Madrid and then on to Mexico City after attending the official launch of the 2017 Toyota LMP1 car at Monza on Friday.

Buemi is scheduled to arrive at 03.45 local time on Saturday after a 16-hour door-to-door commute to the Hermanos Rodriguez circuit.

The journey will give him opportunity for just an hour's non-flight sleep before going in to the first practice session at 08.00.

“Seb is very professional and he will be his normal very aggressive self this weekend, but you won’t hear him talking too much about being tired or jet-lagged or whatever,” Driot told Motorsport.com.

“We are going to put all of this to one side and do a job like he was here for a few days already.

"We will not complain about the timings. He is very young, has good capacity and is eager to win again. He is super-motivated for this one.”

Buemi’s Renault e.dams teammate Nicolas Prost has already taken part in a long distance briefing with the Swiss driver, as he and the French team aim to minimise any disadvantages.

“This morning we had a technical meeting today with Seb and the team all together on Skype, so I think we will make it as good and normal as possible,” Prost told Motorsport.com.

“It is not the perfect position for him, but we have a good and stable team and the briefings are the same and we have good team habits.

"I don’t think I will be able to speak with him after the shakedown as he will be in the air but we will share a taxi on Saturday morning so I can brief him on the track changes and any other things then.”

Should Buemi and the other two Toyota WEC drivers travelling from Monza – Stephane Sarrazin and Jose Maria Lopez – be delayed, they must take part and complete at least one flying lap by the end of the second practice session in order to be able to qualify for the race.

DS Virgin Racing and Venturi have brought back-up drivers to Mexico in the shape of Alex Lynn and Tom Dillmann respectively, who remain on standby for such an eventuality.