Renault at full power to Moscow 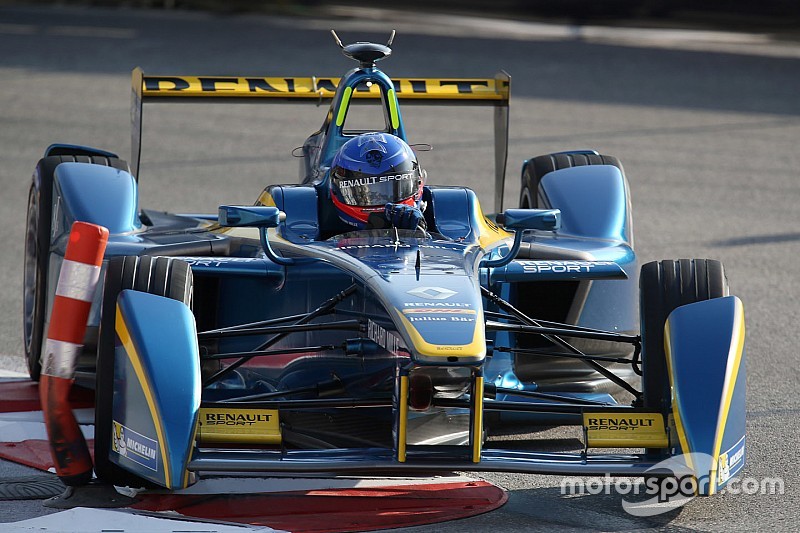 Renault Sport Technologies and e.dams-Renault head for Russia with the firm intention of consolidating their lead in the teams’ standings.

Europe’s most populous city, Moscow marks the penultimate stage of the FIA Formula E Championship. The second-to-last ePrix of the season will be held in the Russian capital. A short hop from Red Square, the stakes will be high for the contenders as the title race gathers pace. For Renault Sport, the goal is simple : leave Russia in a strong position.

Whilst preparations for the second season are very much underway, Renault Sport Technologies and e.dams-Renault head for Russia with the firm intention of consolidating their lead in the teams’ standings.

Each race is an exhilarating challenge for all of the drivers and teams,

In the drivers’ standings, Sébastien Buemi and Nicolas Prost currently lie second and fourth and will be doing their maximum to snatch the lead from Nelson Piquet before the two-race finale in London. The two men will be all the more determined do well here since the Renault-Nissan Alliance holds a 30% market share in Russia and it is a key country for the future of electric vehicles. The Renault Group instigated this transition in 2013 by supplying Kangoo ZE and Twizy models to Potchta Rossii, the Russian postal service, in five major cities including Moscow.

As a technical partner involved in the development of the Spark-Renault SRT01_E single-seaters, Renault Sport Technologies will equally be continuing in its role of ensuring fairness between the competitors at this ninth round of the FIA Formula E Championship.

The ePrix will be contested on a 2,390-metre track, with an anti-clockwise layout. With a start-finish line running alongside the Moskva River and thirteen corners, the track heads towards the Staraya district before turning back to the Red Square and the Kremlin, passing close to the Saint Basil’s Cathedral, where a series of hairpins complete the lap. Drivers will complete 35 laps of the temporary track.

In the eVillage, spectators may meet the drivers, including Sébastien Buemi and Nicolas Prost, during the autograph-signing session. Fans will be able to give them a little extra help by voting for them in the FanBoost.

“Each race is an exhilarating challenge for all of the drivers and teams, especially now that we’re entering the sprint finish,” commented Jean-Pascal Dauce, Director of Motorsport, Renault Sport Technologies. “There are very strong ties between Renault and Russia. Having been the first to organize an international event at the Moscow Raceway with the World Series by Renault, we’re back with Formula E to support the development of motorsport in Russia.

This ePrix also gives an opportunity to wrap up the teams’ title. We face some very stiff competition, but we’ll be giving our all to get over the line. Nicolas and Sébastien will also be doing their utmost to leave Russia with the championship lead. The track layout should provide for a spectacular race with three long straights, the chicane followed by a long left-hand turn leading to two hairpins and a 90-degree corner. Energy management should therefore play a vital role if there are no safety car periods.”