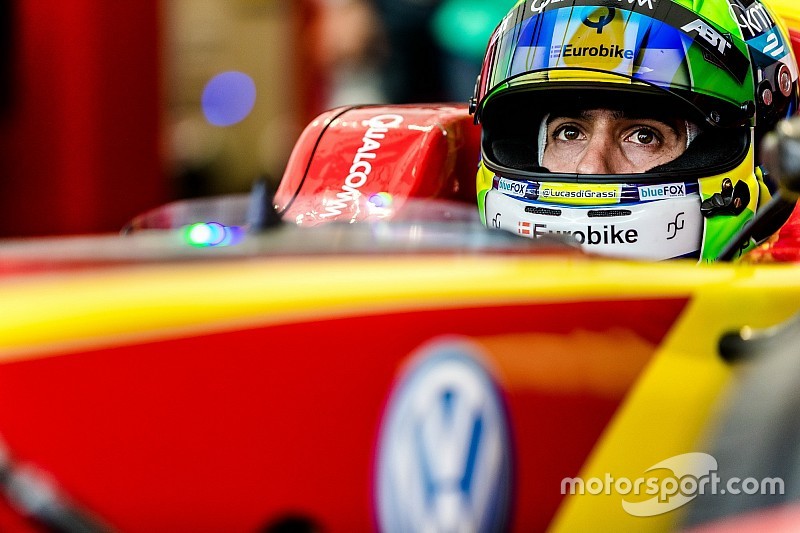 Di Grassi, starting third on the grid, followed Buemi and Prost through the first two corners before hitting the Swiss driver out of the race lead at Turn 3.

A non-score from both would have seen di Grassi crowned champion on countback, as he and Buemi were level on points.

However, Buemi would go on to set the fastest lap of the race with his second car, the two bonus points giving him the 2015-2016 Formula E title.

Speaking after the race, Prost - who went on to win comfortably after the crash - said: "To be honest, as much as I like Lucas, I don't know what he did. I was in the middle, Seb took a bad start, but he was 100 kilometres too quick and just destroyed Seb.

"I don't know, usually he's like the first guy in the paddock, but I think he lost his mind."

Buemi, for his part, insisted that there was little doubt in his mind over who had been to blame for the accident.

"It's very simple," Buemi said. "I stayed flat for a long time because I knew he would give it a go and he would try to do something crazy, so I stayed flat as late as I could.

"And then clearly I saw in the mirror – he started to brake properly and then he really went for the accident."

Di Grassi, meanwhile, said that the incident was caused by Buemi braking 50 metres early on approach to the corner.

"He braked 50 metres too early and, when I was fighting Prost and I realised he [Buemi] braked too early, it was too late for me to hold control of the car and that caused the impact. We've been through the data and that's very clear," di Grassi said.

"We should have had a clean race, tried to fight on track, but that was not the case."