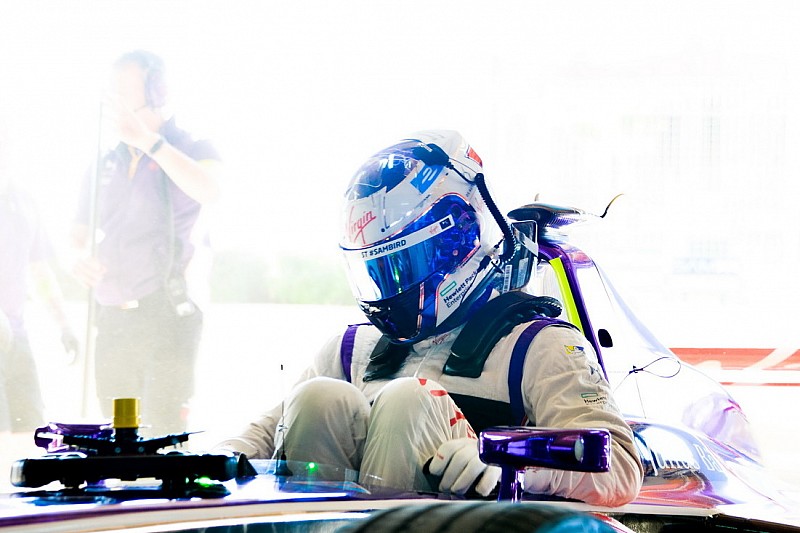 Professional gamer, and Scottish Formula Ford racer, Graham Carroll has been training with DS Virgin Racing’s Sam Bird ahead next month’s eRace in Las Vegas – with a prize pot of $1million at stake.

Virgin has ‘adopted’ Carroll as its pro gamer, and he will join its Formula E regulars Bird and Jose Maria Lopez as they take to the simulators during the Las Vegas Consumer Electronics Show for the biggest eSports racing event in history on January 7.

All 20 Formula E drivers, plus ten professional gamers, go head to head in a series of qualifying rounds in the same style as conventional Formula E events.

The gamers have been chosen by a series of Road To Vegas online elimination rounds. While not formally attached to the teams, the gamers will be wearing team kit and colours.

Carroll, who won the 2015 Walter Hayes Trophy, is first on the qualification leaderboard, and spent half a week with Bird.

The pair trained together in both Carroll’s team simulator, based in Gatwick, before flying to DS Virgin Racing’s base in Satory, Versailles, to work together on the sim there.

Carroll said: “It’s fascinating to experience the contrast in driving feel between a gaming simulator and a ‘real driver’ simulator like DS Virgin Racing’s set up in Satory.

“I feel there’s a lot both gamers and drivers can learn from each other – hopefully in time for Las Vegas!”

Bird added: “The major challenge with gaming, from a driver’s perspective, is learning to operate in a kind of vacuum. The car can’t speak to you. The track doesn’t move underneath you, so it’s about learning to take your cues purely from the visual.”

The Visa Vegas eRace starts at 4pm on Saturday, January 7 (Vegas time), will be shown on Twitch and also streamed live on the Formula E website www.fiaformulae.com.

Kobayashi could combine WEC and Formula E in future