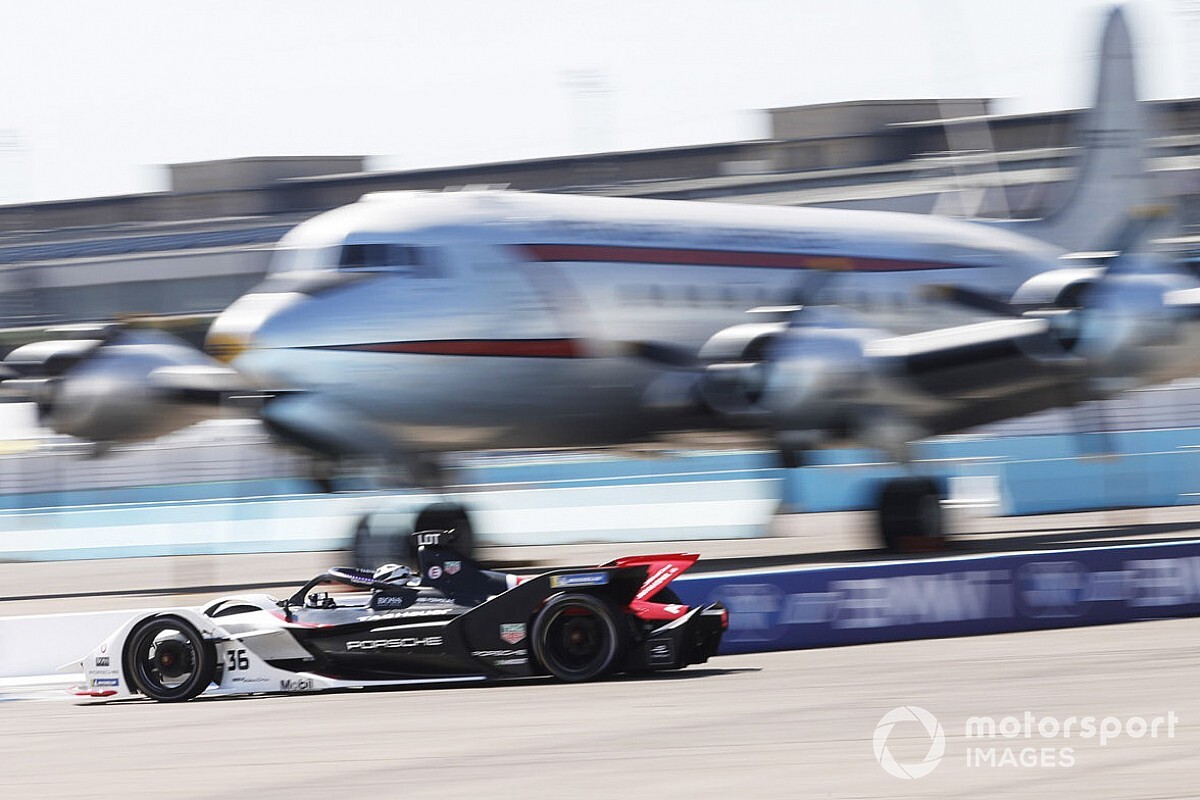 Despite falling two seconds behind early on, Porsche driver Lotterer was able to close after a safety car period was called following a lap-nine shunt for Robin Frijns at Turn 2.

In an attempt to pass the DS Techeetah of Jean-Eric Vergne for second, on lap 18 Lotterer moved to the outside of Turn 5 to activate the higher-power attack mode while also under pressure from Mercedes’ Nyck de Vries. But he failed to trigger one of the three sensors, which meant he did not receive the 35kW boost and in addition lost time from running wide.

A late collapse down the order for Vergne from second to 20th did promote Lotterer back to runner-up after he also passed Sam Bird on the final lap.

But he was still 5.5s in arrears of da Costa, and Lotterer reckoned without his mistake he should have been in contention for the win.

“Second place is good, but I have some serious mixed feelings here about missing the attack loop because that put me in a difficult situation,” he said. “It cost me a lot of time. I was back in the field, I had to burn energy to recover. We managed that well, but I had a good car today.

“Without that issue I think I would have had a shot at challenging Antonio.”

When asked about watching Vergne’s late fall, Lotterer added: “It seemed like he started losing pace so it wasn’t too difficult to pass him. He was defending and my car was very good today on energy so I also could pass [Bird] on the last lap as well so it was very exciting.”

Lotterer also said the 158-day coronavirus-enforced pause to the 2019-20 FE season allowed Porsche to finally analyse its data from the first five races of its maiden campaign.

With team-mate Neel Jani – who is expected to be replaced by Pascal Wehrlein next season –recovering from 17th to 12th on the grid, Lotterer reckoned the good form would continue through the final five Berlin races.

“It’s a great result for the team,” he said. “Especially we can’t forget we’re a new team here in this championship. We’re fighting some guys with a lot of experience, so in a way this break was good for us because we could use this time very productively with all the valuable data that we got in the first races.

“Today it looked like everything came together and I think we’re in a good pace for the next [eight] days.”