Filippi will make his debut in the electric single-seater series in the 2017/18 season opener in Hong Kong, joining Oliver Turvey in the rebranded former NextEV operation.

Piquet was due to stay at NIO for the coming season but a performance clause allowed him to exit the team for Jaguar.

That has handed 32-year-old Filippi his first full-time drive since the 2011 GP2 season, when he was runner-up to now-F1 driver Romain Grosjean.

Filippi spent the first half of 2017 racing a Lamborghini Huracan in the Endurance half of the Blancpain GT Series, but the entry was uncompetitive in Filippi’s three events – Monza, Paul Ricard and the Spa 24 Hours.

He has already tested with the team and said he was “extremely excited to become a part” of FE.

“During our first test run together in Spain I immediately had a great feeling with the car and all the people in the team,” said Filippi.

“To join NIO for 2017/18 is a dream come true and I am very much looking forward to working with Oliver and Gerry [Hughes, team principal] and starting this journey with everyone in the NIO Formula E team.”

Filippi’s surprise second-place finish in the 2011 GP2 championship came after a mid-season switch to Scuderia Coloni, and he also won on the first of three race outings for the team during an otherwise race-free 2012.

A race-winning International GT Open campaign followed in 2013, the year he made his IndyCar debut with Bryan Herta Autosport.

He was a sporadic addition to the IndyCar grid over the next three seasons, earning a best finish of second at Toronto driving for CFH Racing in 2015.

Filippi’s announcement came alongside the unveiling of the team’s 2017/18 challenger, the NextEV NIO 003. 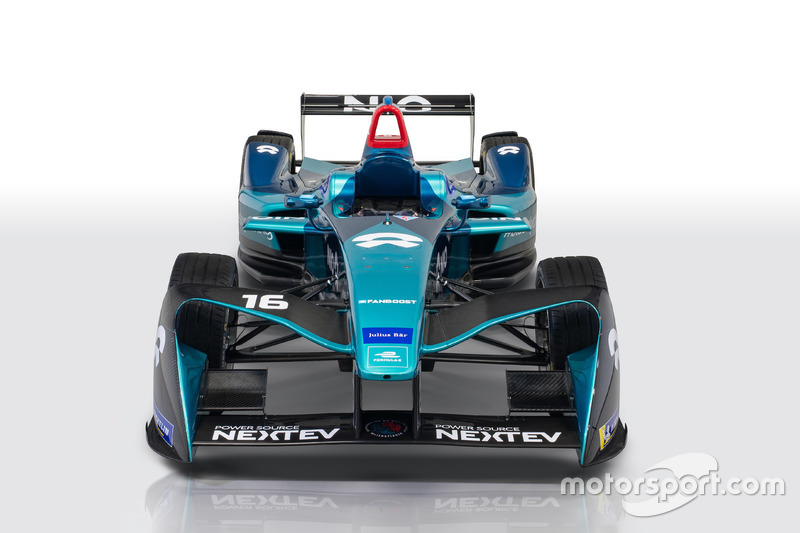 Mortara, Blomqvist to vie for Formula E drives in test

Juncadella to test for Mahindra in Valencia