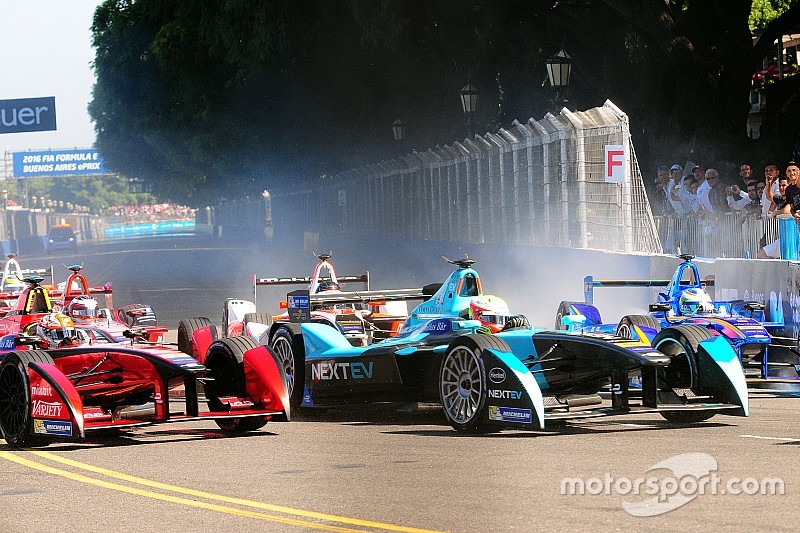 Oliver competed in qualifying group four, setting a best lap of 1:10.126, lining up 11th on the start grid. On the first lap he passed Jerome D’Ambrosio and Daniel Abt to move into ninth and then passed Nelson for eighth on lap three. After the round of pitstops he found himself in 11th, but was promoted to tenth when Mike Conway spun on lap 25. On the final lap he passed Bruno Senna to take the chequered flag in ninth and claim the team’s third points finish of the season.

Nelson was drawn in qualifying group three and set a fastest lap of 1:09.931, securing a fifth row start from 9th, NEXTEV TCR’s best qualifying result of the season. The team decided to run Nelson on a different strategy, opting for maximum energy saving mode in his first car to enable him to pit later, which in turn should allow a more aggressive second stint. The strategy unfortunately did not pay off due to the deployment of the safety car in the second part of the race and Nelson finished the race in 12th position.

Oliver Turvey (Car #88): “Today in qualifying, my lap wasn’t perfect, but to be closer to the front is encouraging and it gave us the position to fight in the race. Starting from 11th I knew we had a good chance to get points and I made a good start and was up to eighth on the first lap. From our side the strategy worked out well and we were able to make the most of it. The pitstop was a bit of a shame because I lost time and we would have finished a bit higher. To score more points for the team is a good result."

Nelson Piquet Jr (Car #1): “We tried a few things, some of which worked and some didn’t, and so I lost a lot of ground at the beginning because of what we were trying to accomplish. The positive thing is that we’re trying lots of new things and doing a bit of trial and error and we have to do that in the position we are in. The team is continuing to work really hard and our focus is now on the next race in Mexico.”

Steven Lu, Team Principal, NEXTEV TCR: “It was a good day for us. Qualifying was encouraging and we scored two points with Oliver’s result. Our cars are in better shape compared to the beginning of the season and we will work to improve on the problems we suffered with Nelson’s car. Now our focus is on the next race in Mexico where we want to continue the improvement in qualifying and reduce the gap to the faster teams. Happy Chinese New Year!”