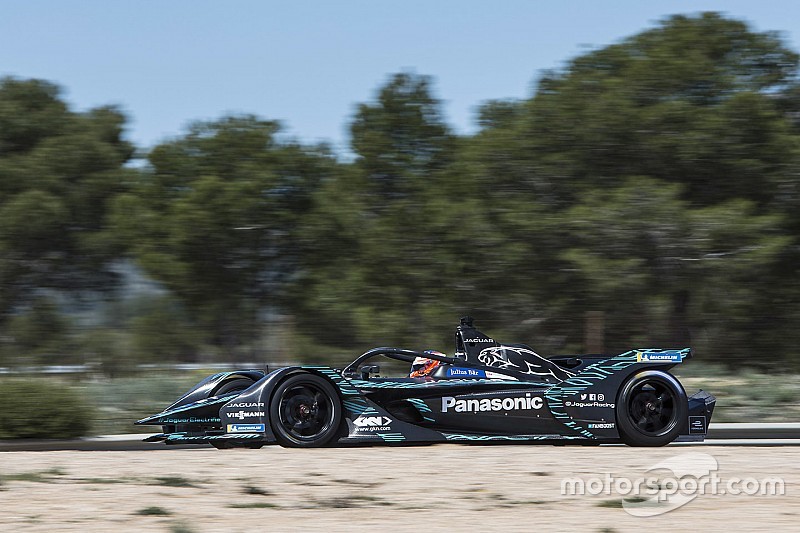 Jaguar driver Mitch Evans reckons the Gen2 car Formula E will introduce for its fifth season in 2018/19 is “somewhere between a prototype and single-seater”.

The new car has a battery capable of storing energy for twice the range of the current Spark-Renault SRT_01E, which will eliminate the need for mid-race car swaps.

It also features a dramatic aerodynamic concept and will have a primary race power mode of 200kW, with a second higher setting that will ne mandatory to use during races.

All nine season-five manufacturers completed a second closed group test of their new machines at the Calafat circuit this week, with Evans driving Jaguar’s I-TYPE 3 for the first time.

“[FE] is growing all the time. Obviously in season six everyone will be in,” he said.

“Next season we will have BMW and a few others but it’s starting to get pretty serious now and these cars are a significant step up - somewhere between a prototype and single seater.

“I think the technology is going to develop a lot and I think it should be a good spectacle for everyone watching.”

Evans added that he thinks the new car will increase FE’s popularity, but at the same time hopes the aerodynamics used to create the aggressive look of the Gen2 cars will not impact on the close racing that has been a feature of the championship’s first four seasons.

“I think it’s going to be huge, even more so now I’ve driven the car just because it’s a different beast, it’s faster,” he said.

“Especially in qualifying mode at 250kW the car is moving pretty quick so I think visually this will be more spectacular around the Formula E circuits.

“I think it’s very hard to improve the racing at the moment, as we saw in Rome the racing is really close.

“Hopefully, the way the aero works with these cars you won’t get any aero wash so you can still run behind cars and get close. I think the future is bright for the series.”

Audi driver Daniel Abt also sampled the Gen2 machine for the first time at the Calafat track.

The Mexico race winner was particularly impressed with the looks and initial feel of the new car.

“I was really excited about my first test and arrived in Spain with great expectations – and they were even surpassed,” he said. “Driving is huge fun and the car marks a major step forward in every respect.

“On the race track, the Audi e-tron FE05 looks even more spectacular than it does on pictures.

“When you’re driving between other cars you almost feel like you’re in a science fiction movie.”