Moscow ePrix narrows down the list of title hopefuls 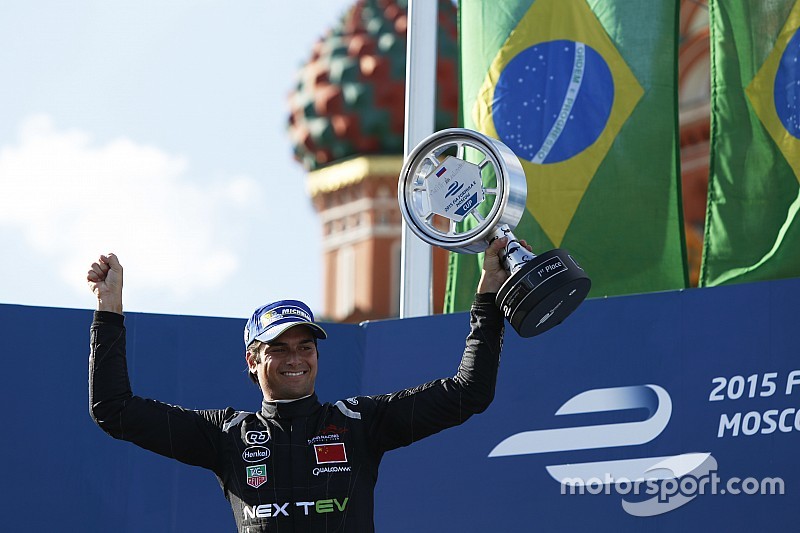 The all-electric category was held in the very heart of the Russian capital for this, the ninth ePrix of the calendar.

The penultimate round of the FIA Formula E Championship, Moscow witnessed Nelson Piquet (Nextev TCR) win his second ePrix of the season. The championship leader finished ahead of his closest challengers for the title, Lucas di Grassi (Audi Sport Abt) and Sébastien Buemi (e.dams-Renault). The Swiss driver was penalised after the race, meaning he dropped down to ninth place. However, his fastest race lap and the points recorded by Nicolas Prost enabled the e.dams-Renault team to keep a comfortable lead in the teams’ standings going into the two-race finale in London at the end of the month.

The all-electric category was held in the very heart of the Russian capital for this, the ninth ePrix of the calendar. On an uneven track that ran along the Moskva River, past Red Square and the Kremlin, temporary circuit welcomed the Spark-Renault SRT01_E race cars in an unprecedented setting.

We are sure that electric vehicles represent our future and will do our best to secure their active development in Russia.

In their single-seaters, the architecture of which was supervised by Renault Sport, the e.dams-Renault drivers produced a fine display to dominate free practice. In qualifying, however, Jean-Eric Vergne (Andretti) grabbed pole position, his third of the season. Despite clipping the wall, the Frenchman finished ahead of Nelson Piquet and Lucas di Grassi. Sébastien Buemi started fourth on the grid, two positions ahead of Nicolas Prost.

When the lights went out, Nelson Piquet jumped into the lead ahead of Jean-Eric Vergne, who then came under pressure from Lucas di Grassi and Sébastien Buemi. The first to change cars, the championship leader came into the pits a lap earlier than Jean-Eric Vergne and Lucas di Grassi. The Brazilian took advantage to grab second place from the Frenchman.

Having managed his energy better than the others, Sébastien Buemi was the last to come into the pits. Unfortunately, an error led to the e.dams-Renault team exceeding the minimum pit-stop time by nine seconds and he lost ground. Nicolas Prost suffered the same fate and dropped down to eighth place.

Controlling the gap to his closest challengers, Nelson Piquet went on to claim his second win of the season in what proved to be the new fastest ePrix in the category and extend his lead in the drivers’ standings. Behind him and his fellow countryman Lucas di Grassi, Sébastien Buemi grabbed the final podium spot following a last-lap overtaking manoeuvre, but had to relinquish third place to Nick Heidfeld (Venturi) after the race following an unsafe release from the pits. The resulting 29-second penalty meant the Swiss driver ended up finishing in ninth place, just behind his team-mate Nicolas Prost. In the teams’ standings, e.dams-Renault now holds a 44-point lead over its nearest challengers.

The tenth and final round of the FIA Formula E Championship takes the drivers and teams to London on 27-28 June to race in two ePrix, held in the centre of Battersea Park.

Andrey Pankov, Renault Russia General Director: “Formula E marks a new era in motorsport by bringing together competition and innovative technologies. Renault, a leader in developing and selling electric vehicles in Europe, is one of the main players in this new motorsport category. We are sure that electric vehicles represent our future and will do our best to secure their active development in Russia.”

e.Dams-Renault is now preparing for the final charge!