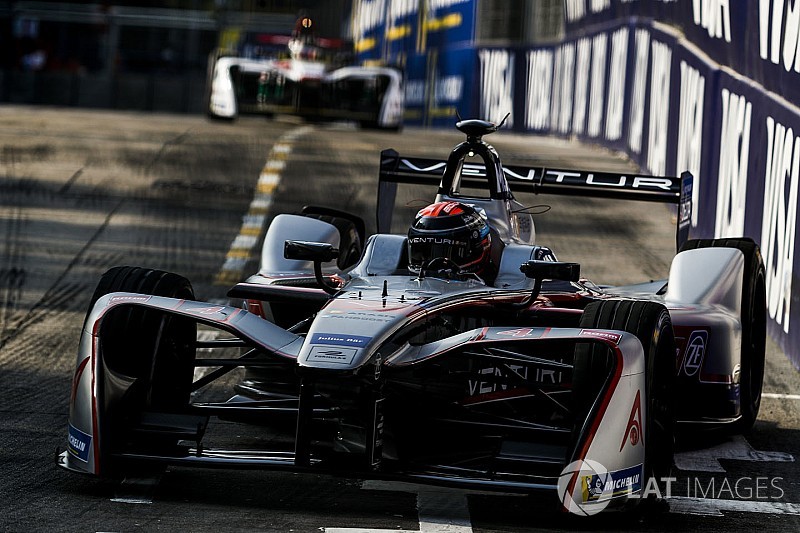 Edoardo Mortara has admitted that the “stupid mistake” that cost him a win on his Formula E debut weekend in Hong Kong was because he was “over-confident”.

Mortara led Sunday’s race in commanding fashion after poleman Felix Rosenqvist spun at the opening turn, and was easing to his Venturi team’s first FE victory when he lost the rear of the car at Turn 2 with less than three laps to go.

That dropped him to third, although he was later was promoted to second place when on-the-road winner Daniel Abt was disqualified for improperly completed paperwork.

“I guess that at some point I wanted too much and made a stupid mistake, sometimes you need to admit it,” said Mortara.

“I was probably over-confident, I should have gone just for the win. Sometimes tiny mistakes can have big consequences and today it has.

“It’s difficult to find the words, it’s tough to swallow.”

Venturi had struggled for reliability in pre-season testing at Valencia because of a faulty batch of gearbox components, which meant it was an unknown quantity heading to Hong Kong.

However, Mortara put in a late charge on Saturday to score points for seventh on his debut and said he felt completely in control on Sunday before his error.

“We had the pace, we were managing the race from the beginning to the end,” he said.

“I was under-consuming [energy] pretty much the entire race in order to keep the gap with Daniel and I was choosing when to push.

“I don’t want to sound too arrogant, we are facing really tough competitors.

“But today the whole package was working incredibly well and it was very easy for me to achieve my energy targets.

“I hope in the next race I will pull myself down a little bit more in the last laps like this.”

Venturi has entered a technical partnership with Mercedes specialist HWA for the 2017/18 season, and Mortara said there was no reason to expect Hong Kong was a one-off in terms of performance.

“We showed we had an incredible car and incredible pace, especially during the race,” he said.

“Others maybe were not expecting that, and we showed everybody that they can expect a strong Venturi team this year.”