By:
Jake Boxall-Legge
Co-author:
Luke Smith
Listen to this article

Saudi Arabia has been on the Formula E calendar since 2018, holding races on the Riyadh Street Circuit - named in deference to the nation's capital on which Diriyah sits on the outskirts.

Since then, Formula 1 has got its own Saudi race on the streets of Jeddah, having already held races in Bahrain, Abu Dhabi and Qatar.

Boutagy, CEO and founder of promotion company CBX, says that the appetite for Formula E is growing in the region - particularly as many of the oil firms and investment funds based in the area are planning to diversify their interests in line with global interests for more sustainable forms of propulsion.

Asked by Motorsport.com if more Middle Eastern nations would be open to holding Formula E races, Boutagy says that adding more races would be key to expanding its media presence in the area.

"I think the more motorsport there is in the region, the better it is for all of us, whether it’s F1 or WEC or Dakar or Formula E. I think this region could host another one or two Formula E races," he said.

"We have Extreme E as well, which is cool. I think the more the merrier. It educates the people, people get used to it instead of waiting all year forgetting about it, not realising what happened.

"The more it’s in your neck of the woods, the more you are going to pay attention and it’ll be in the media and the news. It’s cool. I think it’s better. It educates the people.

"In the past decade in the Middle East, motorsport has grown a lot."

Diriyah is one of many projects in Saudi Arabia to receive funding for its growth, underpinned by the UNESCO World Heritage site in the At-Turaif district.

These projects also include the Qiddiya 'megaproject', which will include a racing circuit slated for future races in F1 and MotoGP, along with the Neom smart city that has links to the McLaren Formula E team. 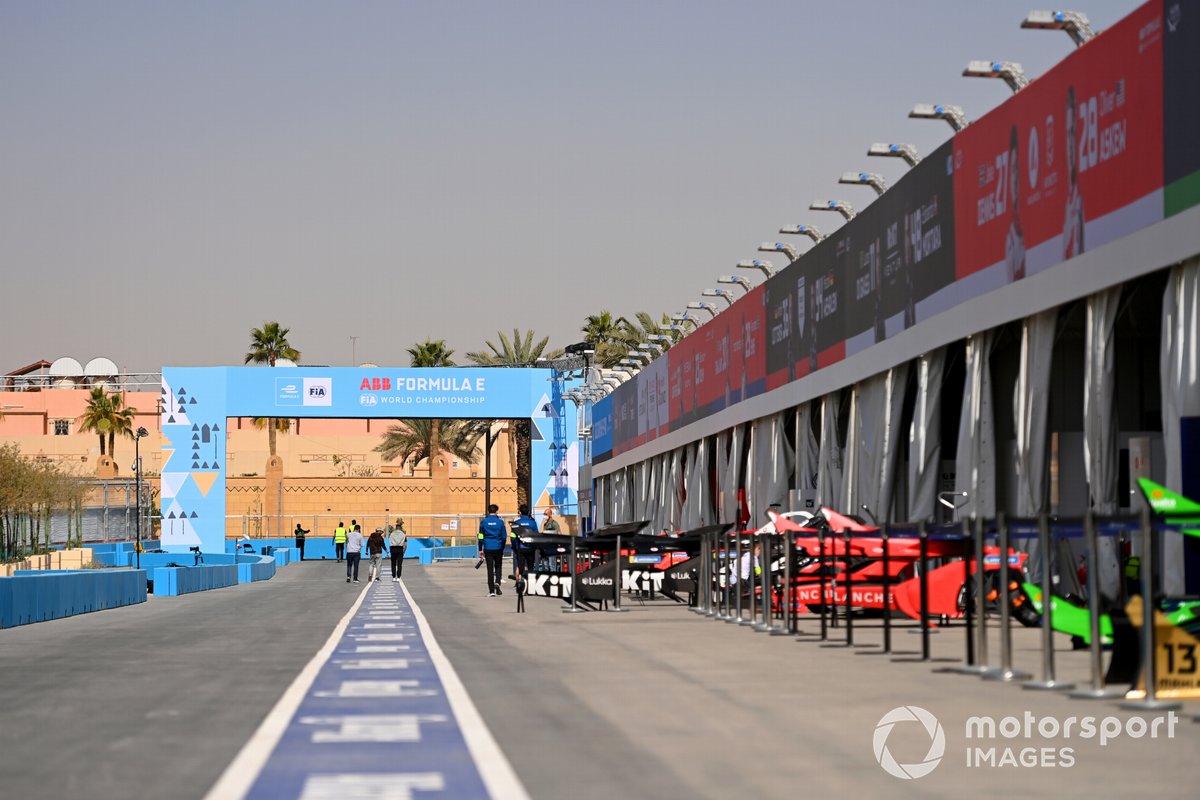 A view of the pitlane

Asked if the Saudi Arabian Formula E races could potentially move to one of these venues, or even hold additional rounds, Boutagy says he is open to any of these outcomes - but would like to see the races in Diriyah remain on the bill.

"I’m up for a challenge. But yeah, I wish it stays. Like I said, it’s a very big development site. At some point, every year they come and open the track, close back the track, they’re building a lot there.

"It’s a huge, huge project. It’s one of the gigaprojects, and I think it’s going to be one of the first ones to be finished for Vision 2030.

"The original plan when we signed was to show Saudi three years, something like that. But now they have Formula 1 in Jeddah, they have the Dakar that takes you all around.

"There is MotoGP coming in Qiddiya on the track that’s going to be built, and WRC. They have everything.

"I think even probably they’ll get NASCAR! They want to go, I’m hearing they want to go international as well. We’ll see."