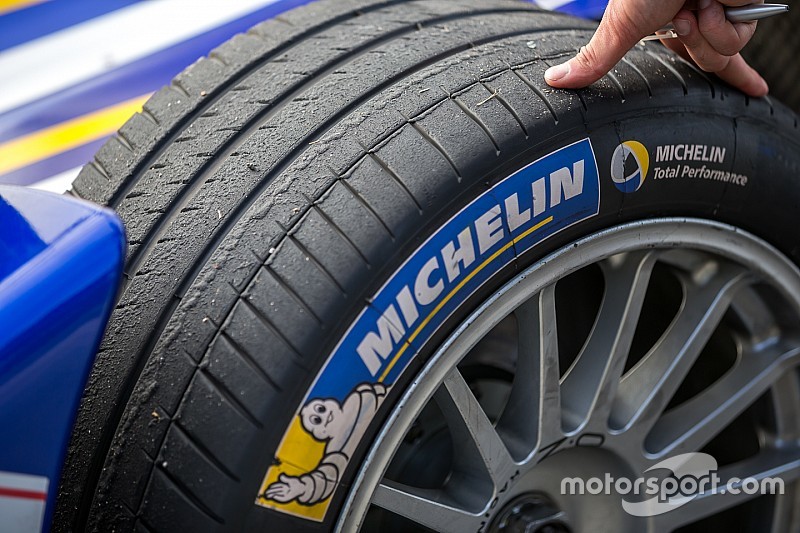 Michelin will provide a new tyre for season three of the FIA Formula E Championship. The new rubber has already been tested by the Renault e.dams team during testing of its season three car.

A set of the new tyres from Michelin, which were tested privately by the French manufacturer earlier this year, are being supplied to teams for pre-season.

“It is our plan to introduce a new tyre,” confirmed Michelin’s Formula E Manager, Serge Grisin. “Actually we had first planned to introduce something at the start of season two.

"But the teams were happy with the tyre and so we stayed with it. They had so much to do because of the powertrains, so we agreed to stay with the original product.

"Now we want to learn and improve in energy efficiency ourselves with some new evolutions. We will focus on less weight and holding-resistance for the next generation of Formula E tyre," he added.

“We need a versatile tyre which works in all conditions of temperature, also the cars need to be quicker at the beginning of the race as there is no installation lap, so we are pushing for a tyre that has the best performance in all conditions from an early stage,” concluded Grisin.

The e.dams Renault team has already put miles on the new product during its ongoing work with its season three car as Nicolas Prost conducted the testing earlier this month.

“The new tyres are much quicker to come up to temperature but they will degrade quicker too during a race I think,” e.dams team principal Jean-Paul Driot told Motorsport.com.

“These ones we have now [in season two] take time to come in, but are quite consistent.

"The new ones will be a little opposite so we have to re-think everything because of that, so this will be a fundamental part of testing as well as the powertrain.”