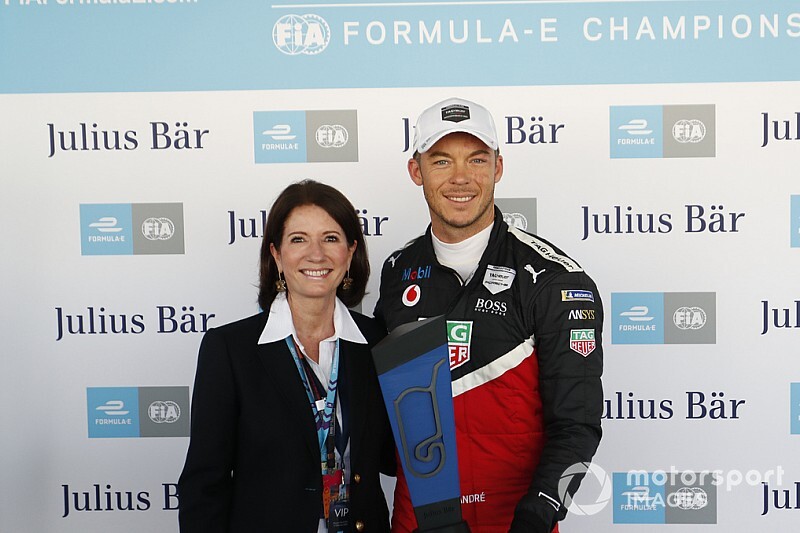 The former DS Techeetah driver netted his second FE pole after surviving a last-gasp attack from Evans. Lotterer, who last topped qualifying in Rome last season ahead of a race he lost to Evans, progressed through to the top-six superpole shootout after finishing runner-up to Evans in his second qualifying group.

He posted an unmatched 1m07.922s effort on his one-shot run to go top, with the subsequent laps from Nyck de Vries and Evans not enough. Evans’ opening sector was 0.125s down but he closed the gap to just 0.004s thanks to a sublime middle leg.

But some understeer through the final Peraltada corner prevented Evans from securing his third FE pole and what would have been his second in succession. 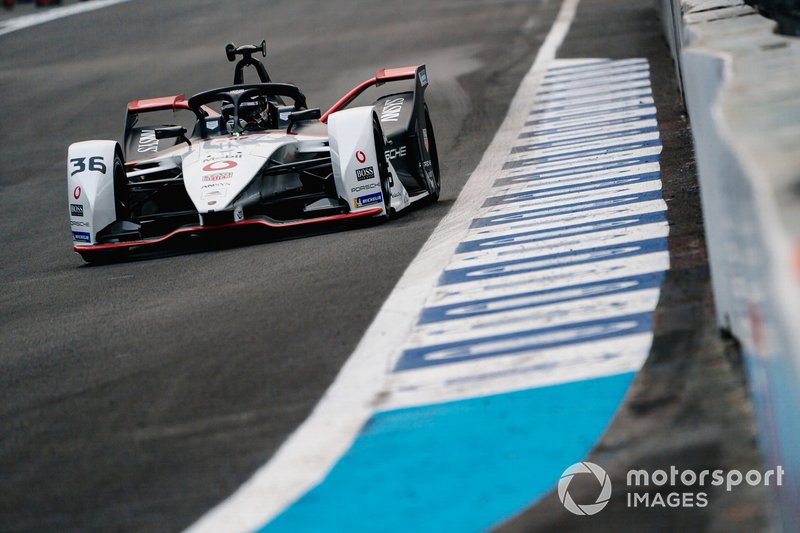 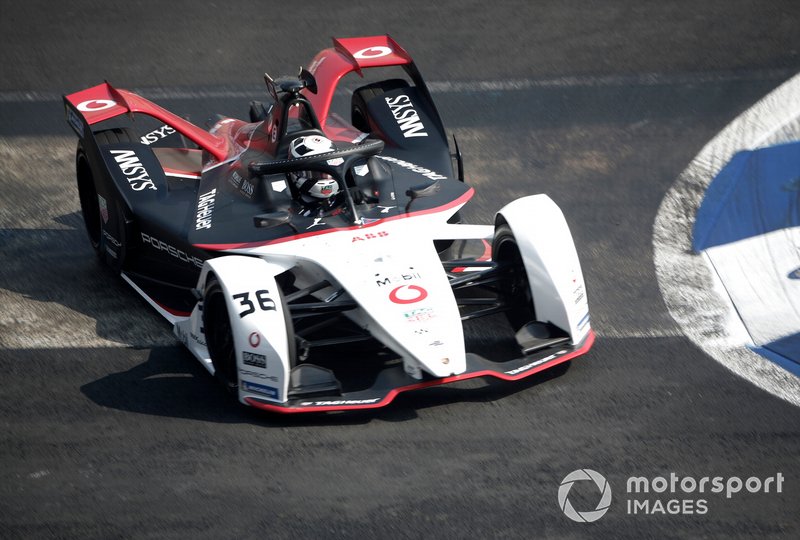 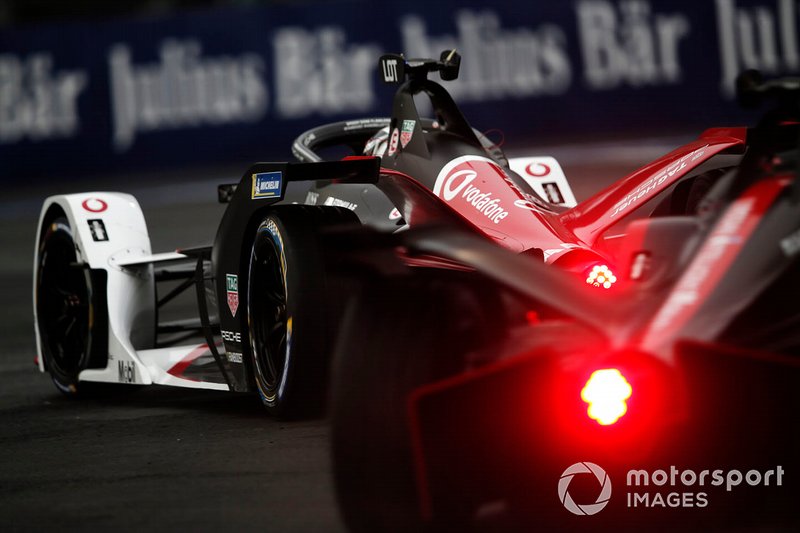 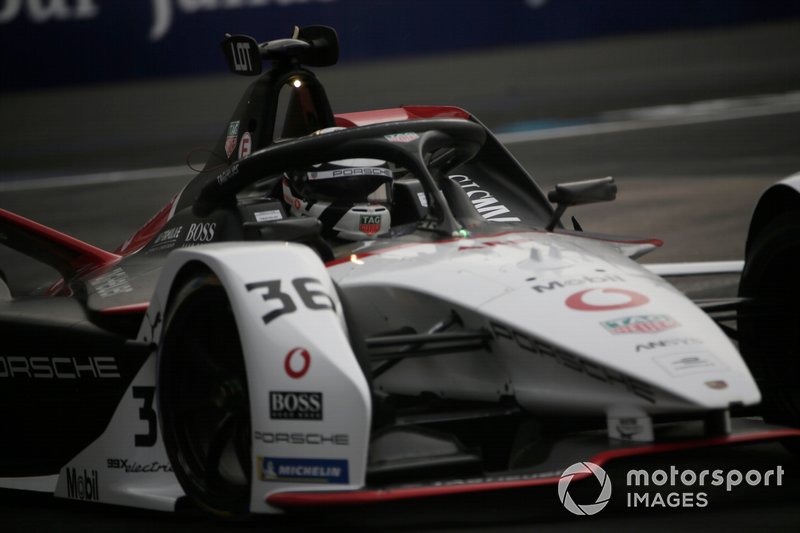 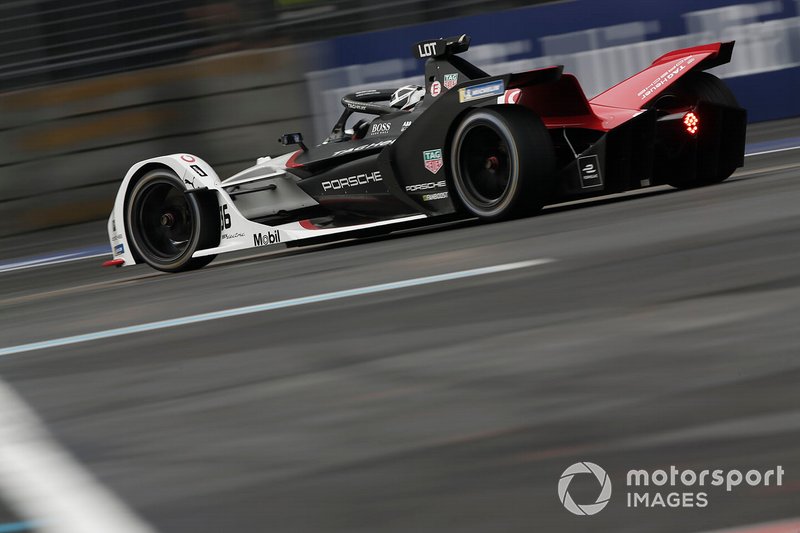 Pascal Wehrlein was third quickest for Mahindra, but both he and team-mate Jerome D’Ambromsio will start from the back of the grid owing to gearbox penalties. That means de Vries will head the second row ahead of Sebastien Buemi.

The Nissan driver is yet to score a point this season but progressed from the fourth qualifying group and had sat top after beating Sam Bird’s opening superpole gambit.

Robin Frijns was the first driver not to progress through to the superpole shootout following Buemi’s surge in the final group. He was 0.031s shy of his Envision Virign Racing team-mate Bird to miss out on the top-six run, but remained ahead of the Dragon of Nico Mueller.

Jean-Eric Vergne failed to progress from the third qualifying group, which prompted him to launch a sweary tirade over radio in which he blamed the brakes on his car. The reigning champion still managed to edge team-mate Antonio Felix da Costa.

Points leader Stoffel Vandoorne was a subdued 11th, having missed out to Bird during the first group. He edged the customer Mercedes powertrain of Venturi driver Edoardo Mortara and Nissan’s Oliver Rowland.

Brendon Hartley was 15th quickest, edging second Porsche driver Neel Jani but only by 0.002s. Last year’s shock Mexico winner Lucas di Grassi was just 17th, but that was enough to overhaul a poor session for both BMW cars.

Alexander Sims complained about a surprise loss of balance and was only 20th – three tenths adrift of team-mate and Santiago winner Maximilian Guenther.

The two NIO 333 cars were the slowest runners, only beating Daniel Abt who did not take part in the session after his free practice shunt, which required a precautionary visit to hospital.

Oliver Turvey, who was a surprise superpole runner in Santiago, suffered a problem through the Peraltada final corner and momentarily stopped on track. The second NIO of Ma Qinghua did not suffer a technical issue, and was 0.726s adrift of Felipe Massa.

Ex-Formula 1 driver Massa was only 21st fastest after a messy run in which he locked up while braking for Turn 3.