The Mercedes Formula E team will employ the company’s praised “’no blame’ culture” - used successfully by its Formula 1 squad - to eliminate the repeated operational errors of 2020. 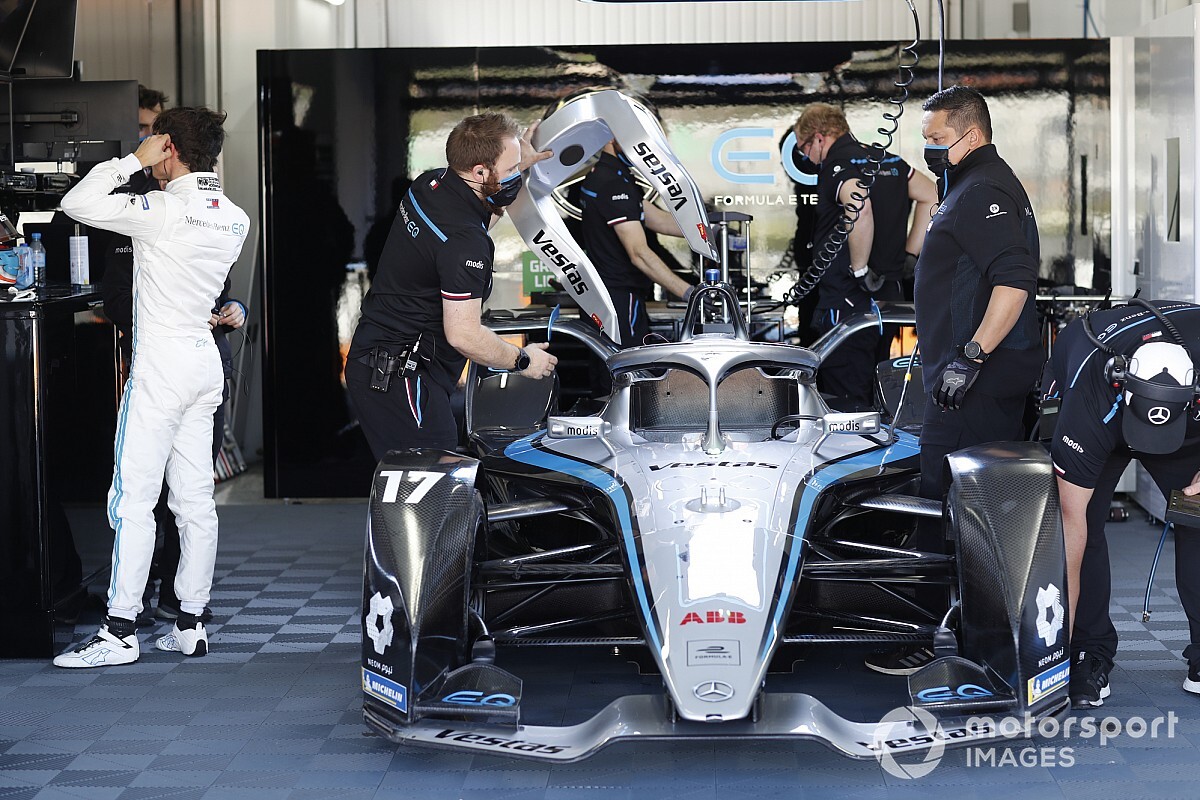 A 1-2 finish for drivers Stoffel Vandoorne and Nyck de Vries in the last Berlin race of the 2019-20 season boosted the manufacturer to third in the teams’ standings, having ranked fifth after the Marrakech E-Prix - the final race prior to the COVID-enforced hiatus.

While Vandoorne was somewhat fortunate to score second in the drivers’ table due to the fluctuating results of his rivals in the finale, 11th-placed de Vries was hampered by receiving the lion-share of the team reliability errors.

The 2019 FIA Formula 2 champion lost the marque its maiden FE podium in Santiago for an over-cooled battery on the grid and had a brake-related failure in Mexico City.

He also suffered from an overpower glitch in Marrakesh and a car shutdown in the second Berlin race - and then was handed a €5000 fine and a five-place grid penalty for exiting his car and pushing it off circuit.

Mercedes team principal Ian James says eliminating the errors was an area of 'focus' to ensure de Vries could close the points gap to team-mate Vandoorne.

“We just need to be now focusing on being operationally excellent as we go into our second season," James told Motorsport.com.

“What we need to do now is make sure we give [de Vries] the consistency that will enable him to show really what he’s capable of."

James also explained how the Mercedes culture of ‘no blame’ allowed team staff to come forward with errors without the fear of being reprimanded.

“We’ve got a robust process in place in terms of how we deal with faults - be they technical faults or operational errors - and how we then contain them," he said.

“We talk a lot within Mercedes-Benz Motorsport as a whole about this ‘no blame’ culture.

“That’s crucially important because that gives people the opportunity to talk very honestly about what’s happened without the fear of reprisal.

“It enables us to get to the route of the problem and then make sure it doesn’t happen again.

“At the end of the day, we’re at the beginning of this journey still.

“Would I continue to use the fact that we are new [as an excuse]? No, because our rookie year is now behind us.  We cannot make errors twice, that’s clear.

“We’re still going to be learning but the operational excellence and the precision that’s required in Formula E is of paramount importance.

“We’re confident the package we’ve got [for 2021] is strong. If we can eliminate those errors, then we’ll put ourselves in as good position.

“That’s really been the focus leading up to season seven.”

Dennis knows he has to earn post-BMW FE stay