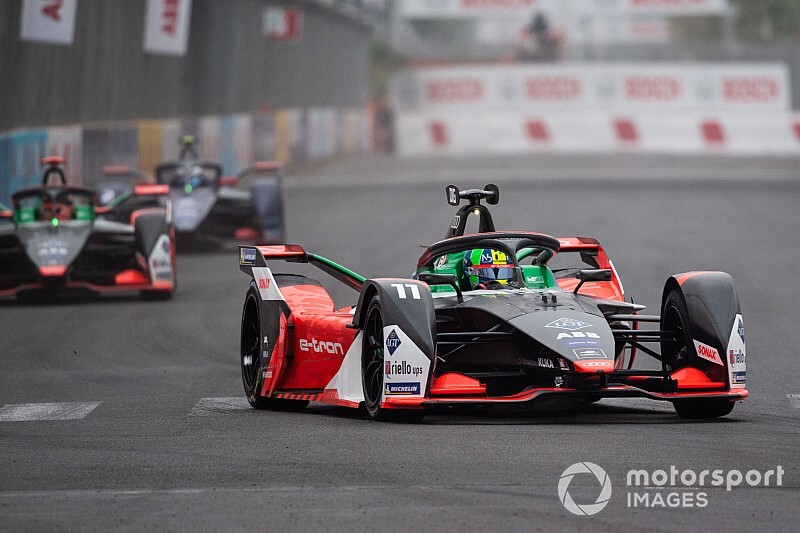 Formula E has shown “total flexibility” and made “big statements” in it bid to cuts costs amid the coronavirus pandemic, according to Audi team principal Allan McNish.

Manufacturers can only change powertrain components once over the next two years as part of an extended homologation period.

Teams can either carry their existing 2019-20 powertrain into next season, or introduce a new set-up for 2021-20 to retain for two campaigns.

Speaking to Motorsport.com in an exclusive interview for the Current Affairs Formula E podcast, McNish stressed the need for “adaptability”.

He said: “At the moment, we are in completely unprecedented times in so many ways.

“We're talking about the lockdowns, the effect it's having on economies - and motorsport isn't immune to that, there isn't no question about it.

“We've got to be very quick to react. The knock-on effects of this stuff are going to be quite long lasting.”

Most FE teams have already developed their powertrain for the 2021-22 season, but McNish said this did not necessarily mean everyone would switch to new systems next year.

“Right now, everybody will be significantly down the line developing a season seven powertrain,” he said.

“However, being down the line and being able to produce, to test and then get race parts ready – and for us as well to be able to supply our customer team Envision Virgin Racing – is quite a big task.

“The biggest thing for me about this is the word ‘flexibility’.

“We need to have total flexibility right now to be able to adapt to the environment we're going to find ourselves in.

“[The regulations changes mean] there is flexibility in the timeline of whether you continue with your current season six powertrain, or you decide to introduce it for season seven and eight.

“But how we actually detail that for different teams and manufacturers, I think we'll have different situations. I don't think one size fits all.

“It’s one development cycle and one testing cycle that’s taken out of the budget over the next couple of years. That is another big statement.

“We're aggressively trying to resolve some of the problems that we're finding ourselves in just by the natural situation.”

McNish also told Motorsport.com that the decision to delay the introduction of the Gen2 Evo bodykit by one season to 2021-22 would ease pressure on supply chains.

“This was one of the ones that we felt was a positive to delay for a season," he said. "Being practical about it, it takes a lot of pressure off the supply line systems

“As well as producing all of the Gen2 Evo bodywork, also think of all the spare parts we need.

“Plus also you need the test car as well, so the timelines suddenly didn't necessarily work quite as well.

“The FIA responded to that very quickly and made a decisive step to delay it.”