McLaren's incoming Formula E squad has signed a deal with Nissan to use the Japanese manufacturer's powertrains throughout the entirety of the Gen3 rules cycle, starting from the 2022-23 season.

Following its announcement that it would purchase of the Mercedes team, McLaren has been preparing for its first season in Formula E as the British squad expands its motorsport portfolio.

It had long been expected that the team would link up with Nissan, and the two teams have formalised their collaboration in Formula E as Nissan becomes a supplier to another outfit for the first time.

Nissan entered Formula E for the 2018-19 season, taking over from Renault in its partnership with the French e.dams team.

Earlier this year, Nissan purchased e.dams outright to ensure it had full control over both the manufacturing side and the race team.

"Nissan have proven their knowledge, craft and commitment over the last four seasons in Formula E, and heading into the Gen3 era, we have full confidence that the collaboration will bring both parties much success," said McLaren team principal Zak Brown.

"This will be a true partnership that will drive both the team’s performance and the development of the Nissan Formula E powertrain technology.” 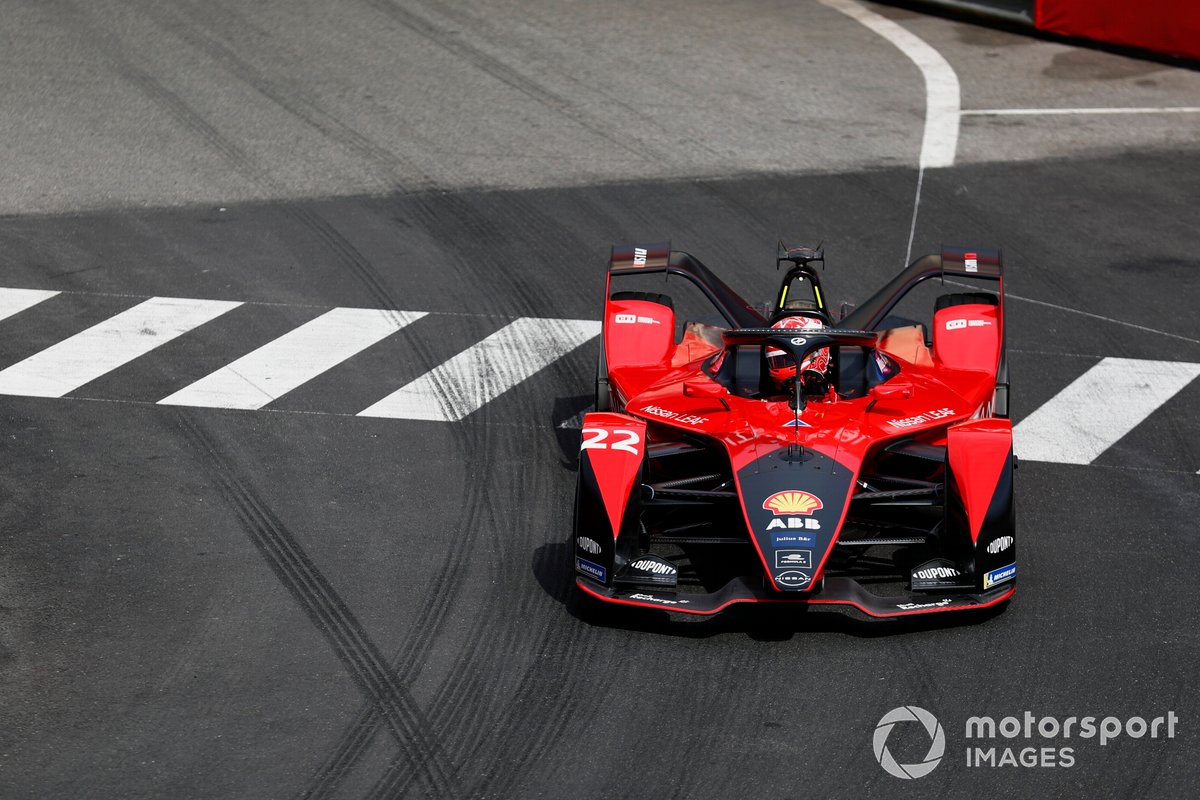 Nissan Formula E chief Tommaso Volpe added: "At Nissan, we are in Formula E not only to race, but also to showcase to a diverse range of viewers just how impressive, powerful, and efficient our electric vehicles are.

"Our collaboration with McLaren will provide us with even more opportunities to accelerate the development of our technology and showcase it to fans all over the world.”

McLaren has yet to announce its driving line-up or commercial partners for its maiden Formula E season, but sources have indicated to Autosport that it will receive backing through Saudi Arabia's Public Investment Fund, advertising the planned city of Neom.

In its automotive operations Nissan has expanded its EV sales and, through its Nissan Ambition 2030 vision, aims to extend its product range to 23 electrified models - with 50% of its sales projected to be electric vehicles.

“Our new partnership with McLaren Racing will be a powerful one, as the association will inspire collaboration and knowledge sharing," said Nissan COO Ashwani Gupta.

"The pioneering spirit and drive to innovate are characteristics Nissan and McLaren Racing share, making them an ideal partner for us in Formula E and as we continue to electrify our vehicles."

McLaren has to "up game" after disastrous Montreal F1 weekend