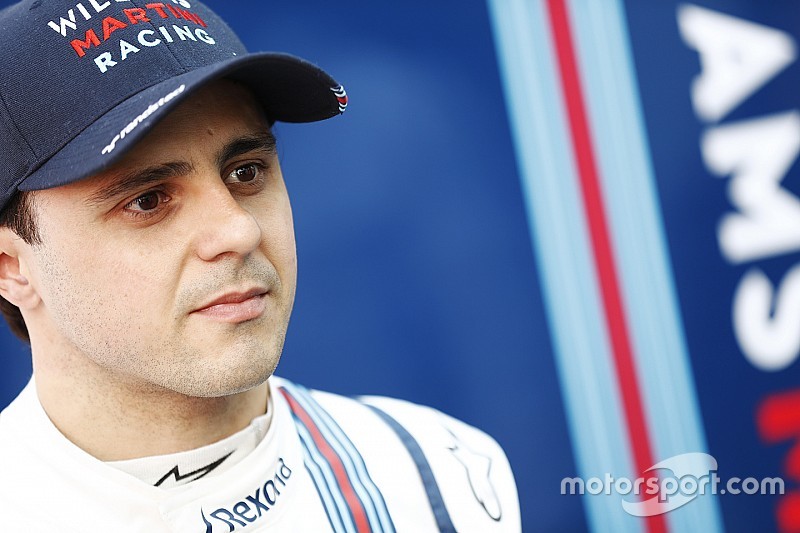 Massa announced his intention to retire from F1 at the end of the 2016 season after Williams signed Lance Stroll to partner Valtteri Bottas for 2017.

Nico Rosberg's shock retirement in December then led to Mercedes signing Bottas as his replacement, with Massa returning to Williams in his place.

It was reported earlier this year Massa had to go back on a preliminary agreement to join Jaguar's 2017/18 Formula E line-up to facilitate his F1 U-turn.

Speaking at the end of the opening day of F1 pre-season testing at Barcelona, Massa said that was not true but admitted there had been conversations with the British manufacturer.

"It was something I was thinking for my future," he said when asked by Motorsport.com about Jaguar and Formula E. "I read I had a contract – I didn't have anything, to be honest. For sure [I had] some talks."

Last month, after being confirmed at Williams for 2017, Massa completed a test in Jaguar's Formula E car.

He said he wanted to honour that commitment because it was arranged before he committed to F1.

"My plan was to keep racing," Massa said. "So I had already decided to do this test, to know the car. It was a nice feeling – a completely different car and mentality of so many different things.

"It was nice learning a different category of car."

Massa kicked off his F1 2017 preparations by completing 103 laps and setting the third-fastest time day one at Barcelona, and insisted he felt fully prepared despite spending the first few weeks of the off-season retired.

"I had the same mentality as I had last year," he added. "If I can stay, if I feel fit, that I'm competitive, that I can do a good job and have some good opportunities to stay in F1, maybe I'll stay."