Massa has no explanation for starting grid error 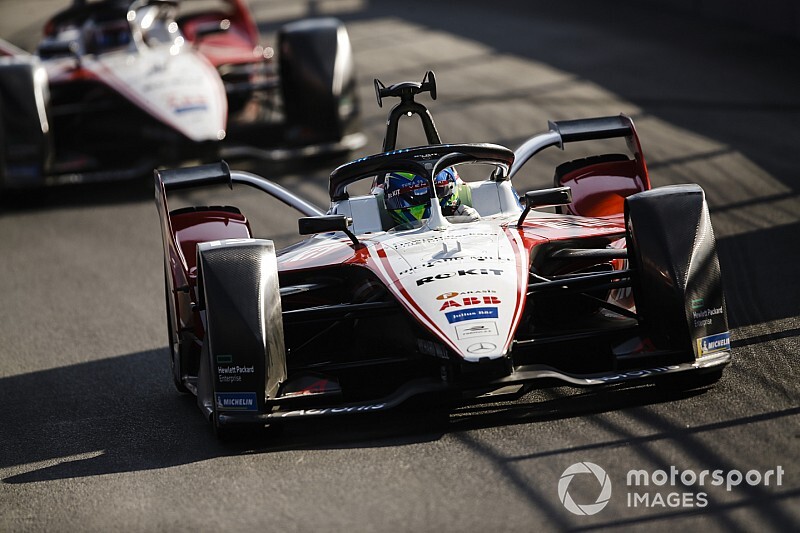 Felipe Massa has “no idea” why he started in the wrong grid position for the second Formula E race in Diriyah, for which he received a drive-through penalty.

Massa, who had qualified 16th for race two, was elevated a position after reigning champion Jean-Eric Vergne was shuffled to the back of the grid.

However, the Brazilian driver assumed the 16th berth on the grid regardless, having “always in my mind that I should start on the right.”

Massa enjoyed an “amazing” first part of the race, and made his way up to seventh position with a swashbuckling drive in the early stages before being hit with a penalty for lining up in the wrong place.

His misfortune multiplied after he exceeded the pitlane speed limit while taking his penalty, and had 24 seconds added to his race time to stymie any chances of collecting any points.

“Everything was going in a good line for me, then I had the message that I had the drive through for the start.

“I totally understand; I started on the right and I'm supposed to start on the left. I have no idea why I did that.

“To be honest, because I was supposed to be 16th and then they gave again a position and I went to 15th, I had always in my mind that I should start on the right.

“I stopped on my row, nobody was there!”

Massa accepted full responsibility for the penalties, and was frustrated by his inability to make the most of his Venturi-Mercedes package.

He was the only Mercedes-powered driver not to score points in Saudi Arabia, as teammate Edoardo Mortara made it to the points in both races.

Mercedes' Stoffel Vandoorne and Nyck de Vries also finished inside the points, and Vandoorne left the weekend with a brace of third places.

“I mean for sure my fault - it’s positive how the race was going, but very frustrating for this and for the amount of points that we lost for the race today.

“The pace is there; we managed to be competitive and unfortunately we didn't get what we were supposed to get."