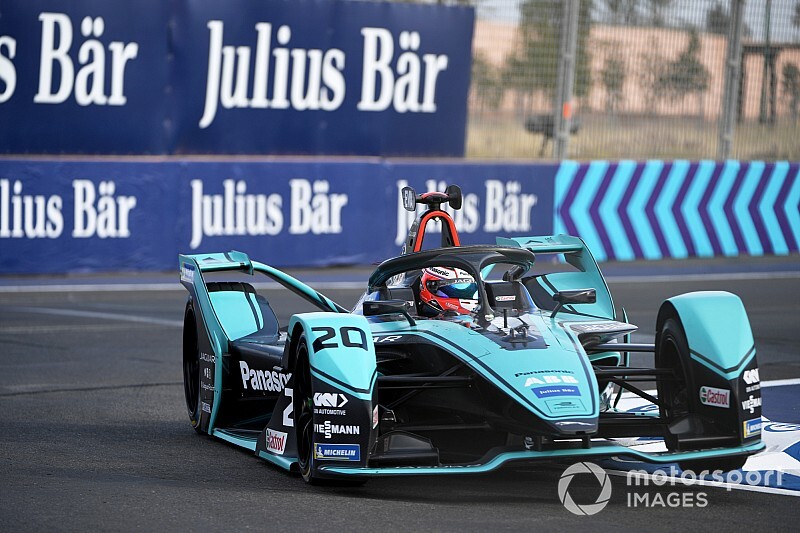 Evans heads into the Morocco race at the top of the standings after his victory in Mexico City.

He backed that up with the fastest time in second practice, posting a 1m17.306s benchmark to eclipse the times from Friday’s opening session.

Evans set the fastest first and second sectors of the field and was only 0.003s shy in the final run in what the driver said was “actually quite a bad lap” over team radio.

Porsche’s Andre Lotterer had been the early leader. He initially set the benchmark with a 1m18.794s effort.

But as cars activated attack mode and set full power laps, the Mexico polesitter was bumped down to an eventual 13th.

Di Grassi and Envision Virgin Racing driver Robin Frijns were the late climbers, rising to second and third in the times – although di Grassi was still 0.236s off Evans.

Pascal Wehrlein ended up fourth fastest for Mahindra to edge ahead of Alexander Sims and the Mercedes of Nyck de Vries.

Santiago victor Maximilian Gunther suffered a big twitch in his BMW and ended the running in seventh over Edoardo Mortara.

Evans’s teammate James Calado was ninth as Oliver Rowland beat Nissan stablemate Sebastien Buemi to round out the top 10.

Opening practice pacesetter Antonio Felix da Costa was only 15th in a session where the DS Techeetahs struggled.

Jean-Eric Vergne returned for the team after his Friday absence, which was caused by headaches.

He had been replaced in the car by the team’s test driver James Rossiter, who previously competed in SUPER GT for Nissan.

Rossiter was penned to contest the rookie test the day after the race, but having been granted a last-minute e-licence he is no longer eligible.

Since Vergne did not post a clean full-power lap, he was only 23rd fastest and 1.769s off the pace.

He was only quicker than the NIO 333 of Ma Qinghua, who was a further 1.935s behind reigning champion Vergne.