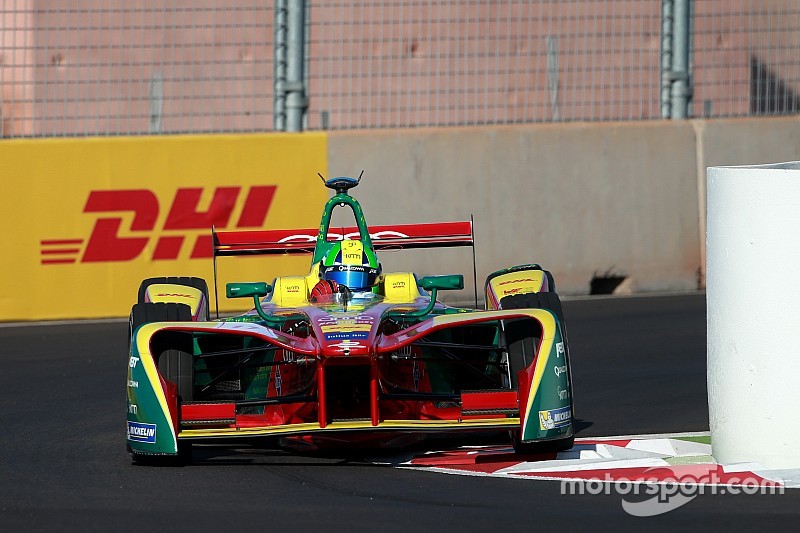 Lucas di Grassi set the fastest time in the first official practice session for the Marrakesh ePrix in Morocco on Saturday.

The Brazilian set a time of 1m21.923s on the final lap of the session, using the full 200kW power available for a qualifying simulation. His time was set despite significant traffic and ‘phantom’ waved yellow flags in the final sector of his lap.

Nicolas Prost in his Renault e.dams was second; like di Grassi, the French driver set his best time of 1m22.105s on a 200kW qualifying simulation. Prost also hit significant traffic in the final sector of his lap.

Reigning champion Sebastien Buemi had topped the times for the majority of the 45-minute session and peaked on a 1m22.636s, set at 170kW.

Jean-Eric Vergne placed fourth in the Techeetah-run Renault. The former Toro Rosso F1 racer claimed a best time of 1m22.754s despite a spin in the latter stages as he explored the limits.

Vergne, Prost, Sam Bird, Felix Rosenqvist and Oliver Turvey all took turns at the top of the timing screens before di Grassi set his quickest lap as the chequered flag flew.

Later in the session, di Grassi had a trip down an escape road, while the only driver to have raced at the Marrakesh track, Jose Maria Lopez, had a disastrous start to the session when he gave the Turn 11 wall a glancing blow, damaging the suspension on one of his DS Virgin cars.

The triple WTCC champion returned to the fray and eventually finished in 14th position. The Argentinian then suffered a second incident in the closing stages of the session.

Both of the Jaguar drivers, Mitch Evans and Adam Carroll, set times at 200kW qualifying power and placed eighth and 16th respectively.

Evans suffered a quick spin at turn one late in the session, while Carroll complained about instability under braking.

Mahindra's Rosenqvist was seventh ahead of Evans, while NextEV's Nelson Piquet Jr and Venturi's Stephane Sarrazin rounded off the top 10.