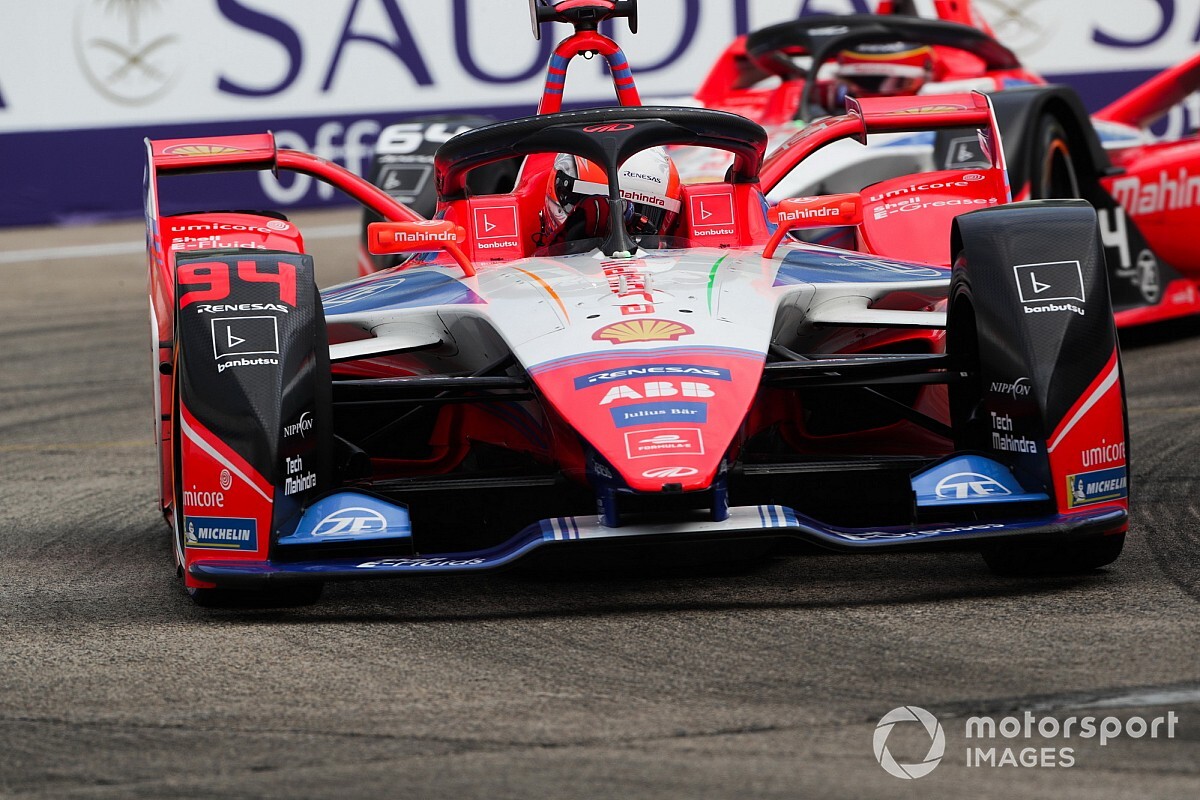 Sims moved to Mahindra after two years with the BMW Andretti team, during which he scored one victory and another podium finish but couldn’t quite match the performance of teammate Maximilian Gunther in the 2019/20 season.

It is unclear who will replace Sims at BMW, but the Munich-based manufacturer could deploy one of its DTM drivers to partner Gunther, who announced this morning that he will stay with the marque in 2020/21 season.

Sims is expected to be joined at Mahindra by Alex Lynn, who replaced Porsche-bound Pascal Wehrlein for the final six races of the 2019/20 Formula E season in Berlin.

The British driver made two superpole appearances and bagged a best race finish of fifth during that period, and has been retained by the outfit for what would be his first full season in the category since his 2017/18 campaign with DS Virgin.

“I’m delighted to be joining Mahindra Racing and continuing my Formula E campaign," said Sims, who was also part of BMW's M8 GTE programme previously. "It is an exciting opportunity to bring on the team’s package and challenge for strong results.

"Promoting sustainability and electric mobility is important to me personally and competing in Formula E provides a strong, innovative and forward-looking platform to raise awareness.

"I want to thank BMW i Andretti Motorsport for all its support during the past two seasons and wish the team well for the future. It’s been a huge learning curve coming into Formula E – it’s such a different discipline in motorsport and brings with it great new challenges.

"I’m excited to continue learning and to use my knowledge to support Mahindra Racing in the upcoming season.”

The announcement leaves d'Ambrosio, who has contested every Formula E race so far and joined Mahindra for the 2018/19 season after four years with the Dragon team, facing an uncertain future.

D’Ambrosio remains the last driver to win a race for Mahindra, having won the 2019 Marrakesh race after a collision for then-BMW teammates Sims and Antonio Felix da Costa.

“I’m thrilled on behalf of the whole team to welcome Alexander," said Mahindra boss Dilbagh Gill. "I’m extremely excited about working with him and the prospect of what we can achieve together is motivating.

"In Alexander we have a proven racing talent plus someone that embodies what Mahindra Racing stands for with his personal principles in the areas of electrification and sustainability.

"He is an intellectual driver, a very nice guy and a team player; I’m enthused about what Season 7 will bring and look forward to announcing Alexander’s teammate in due course.

"At the same time, I would like to pay tribute to Jerome, who leaves us after two years with the team. We have had some great moments together and I wish him all the very best as he moves on to new endeavours. He is a class act and I look forward to seeing what he does next.”