Mahindra: We didn't know how to win a championship

Mahindra Racing boss Dilbagh Gill says his team “didn’t know how to win a championship” in Formula E’s fourth season, where its title bid was thwarted by several issues.

The Indian manufacturer led the 2017/18 teams’ championship after Felix Rosenqvist won the second race in Hong Kong and took victory at the next race in Marrakesh.

But Rosenqvist, who also led the drivers’ championship after Marrakesh, subsequently suffered high-profile retirements while leading in Mexico and Rome, while his teammate Nick Heidfeld endured three consecutive DNFs between Santiago and Punta Del Este.

Mahindra eventually wound up fourth in the season four teams’ championship - one place down on its breakthrough season three result - and 126 points behind the title-winning  Audi squad.

Gill explained that while his team was capable of scoring race wins on merit, it was simply not mature enough to string together a championship-winning campaign.

“We have to go back to some of the stuff we did in season three, [which] was consistency,” Gill told Motorsport.com.

“One of the drivers would be on the podium in every race and we have to work [back] towards that right now.

“Wins are nice but at the same time we need to look at consistency and build our championship over a period of time.”

“We knew how to win races, but we didn’t know how to put a championship together.

“So I think what we are learning together is how we put a championship [run on], how we string races together, because we were brilliant in individual races.

“We’ve also augmented the team considerably over the last couple of months in terms of having [new] people.

“So the amount on pressure on the team has reduced slightly. And we have a bit more time to do work.” 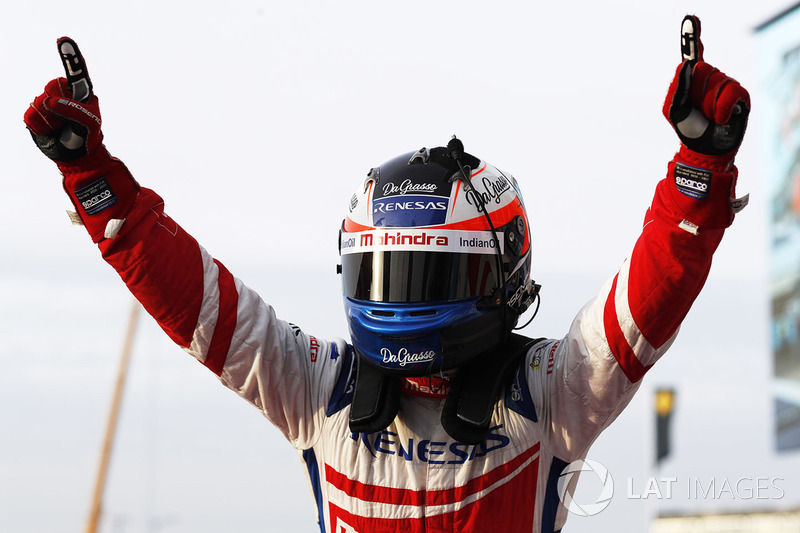 Gill stressed that Mahindra must focus on not losing ground to rivals in the season five in-season software development race.

The 2017/18 M4Electro’s performance tailed off in the final part of last season, even as the team managed to fix the reliability issues that plagued the middle part of its campaign.

“We started out the gates pretty strongly,” Gill said.

“Where we [were] also [a] bit stuck last year was development between races and I think that area we are going to be focusing a lot this year – that we keep up the pace of development compared to competitors during the season.”

How FE's new era has shaken up the order

Promoted: How Formula E is taking electric to the next level