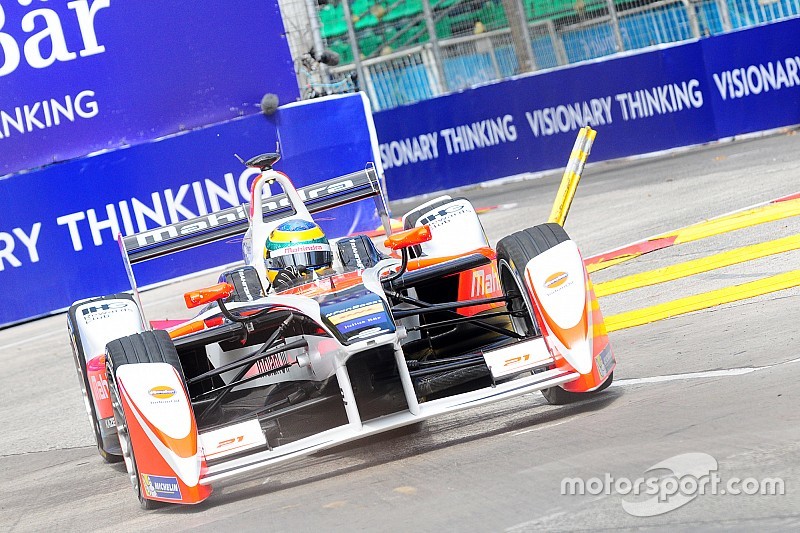 Mahindra Racing were relieved scoring double points in the Buenos Aires ePrix, after having started the weekend on a rather subdued note.

In a thrilling ePrix at Argentina, the Indian squad, having qualified outside the top 10, improved on in the race to take their second double point finish of the season.

Nick Heidfeld made a successful return after missing the Punta race due to injury finishing seventh after starting 13th.

"Of course, we will always aim to finish higher than P7 but it is great to score points on my return," the German said after the race.

"A few weeks ago, I could do very little with my hand and I’m thrilled that I could get back into the car and push straight away.

"Double points is a solid result for us. And now that I am fit and back in the car I aim to build on that," he added.

Teammate Bruno Senna was running ninth but was overtaken by Oliver Turvey on the last lap pushing the Brazilian to 10th.

"This race was a return to the momentum we had been building in the early races but it was hard earned," Senna said.

"The M2Electro performed well and the work we did during testing in Punta del Este certainly paid off, particularly in race trim.

"It is important to capitalize on our reliability when the conditions are tough and this has been key in both our double points finishes so far this season.”

The Brazilian credited his team for repairing the car after his shunt in qualifying. “I have to thank my team.

"The contact with the wall in qualifying meant that my second car was still being repaired right until my pit stop in the race," he continued.

"They worked incredibly hard to get the car ready and then performed a flawless car swap which helped us gain positions.

"I am glad to win a point for them. We will always aim for more points but this point belongs to them."

A double point finish keeps Mahindra in the top five with 34 points, six clear of Venturi and 24 behind Virgin Racing.