Turvey withdrew from Saturday's opening race after injuring his left hand when he made contact with the wall during second practice for the Brooklyn-based event.

The British driver did not take part in qualifying following the incident as he was transferred to hospital.

It read: "The NIO Formula E Team confirms that #16 NIO 003 driver Oliver Turvey has sustained a fracture in his fifth metacarpal (little finger) on his left hand as a result of the incident during the second practice session of Round 11 of the New York ePrix today.

It marks Ma's second race appearance in FE this season, as he was drafted in to replace NIO's other regular driver, Luca Filippi, for the Paris ePrix. The Chinese driver finished 17th. 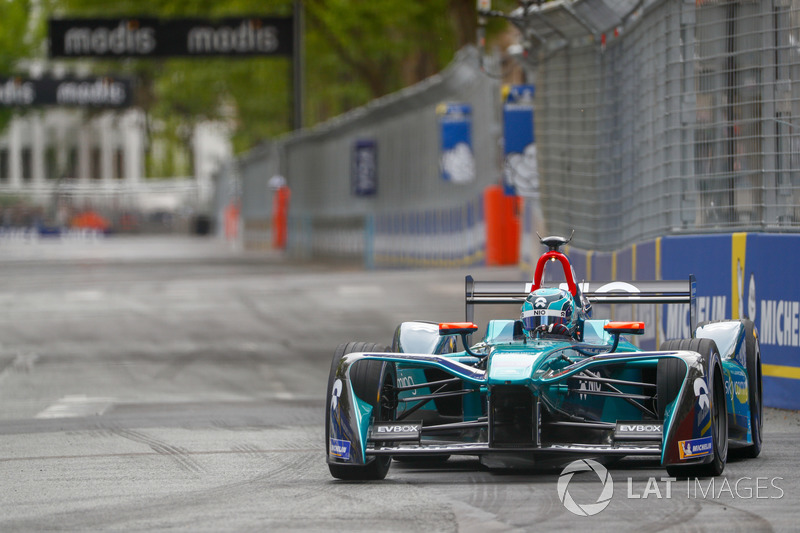