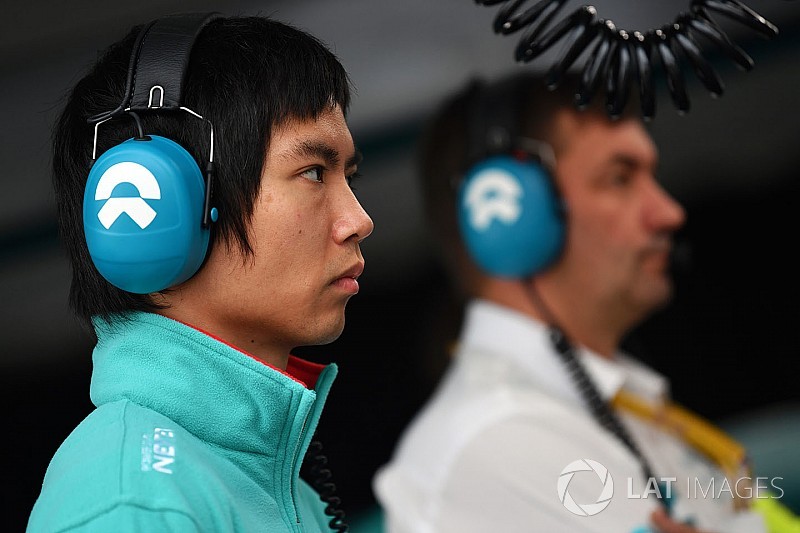 NIO will replace Luca Filippi with its reserve driver Ma Qing Hua for the next round of the Formula E season, which takes place in Paris next weekend.

Filippi had scored just one point in his first seven FE starts, which he claimed at the 2017/18 season-opening first race in Hong Kong.

He finished 13th in an incident-filled home event in Rome last time out after missing the chance to set a flying lap in qualifying and then being involved in a brief four-car pile-up during the race.

Ma has also made seven FE starts as he raced for Team Aguri across four events in the 2015/16 season and three times for the Techeetah squad it became in 2016/17. His best finish came in the first London race in season two, in which he finished 11th.

As well as his role as NIO’s reserve driver, Ma has also conducted simulator work for the team this season.

Ma said: “First of all, I am really happy and honoured to be back in the cockpit racing for NIO Formula E Team.

“Thank you to NIO for this opportunity; I am really looking forward to racing again, against some of the top drivers in the world. I will do my best to achieve the best result I can.”

NIO is currently eighth in the teams’ standings for the 2017/18 season on 33 points, with Oliver Turvey taking its best finish with second place in the Mexico City round last month.

“The NIO Formula E Team is very happy to give Ma Qing Hua the opportunity to drive the NIO 003 at the Paris ePrix,” said team boss Gerry Hughes.

“We look forward to welcoming him back in to the paddock at the forthcoming event.”

NIO is running its season five car for the first time at the second group manufacturers test, which is taking place at the Calafat circuit this week.

The manufacturer skipped the first test at Monteblanco as it was out of sync with its 2018/19 preparation timeline.

In Conversation With: Alexander Sims

Daniel Abt and Lucas Di Grassi take on Virtual Reality