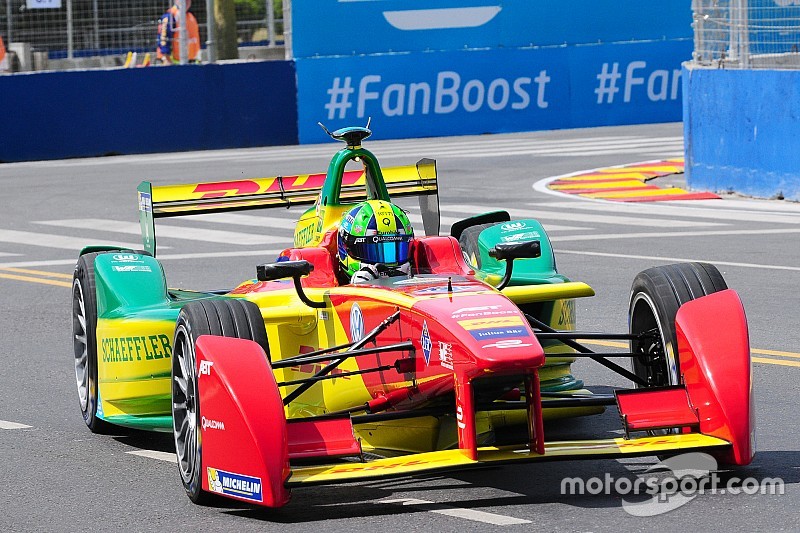 Lucas di Grassi continued his impressive run of success as Buenos Aires played host to Formula E: at the fourth race of the season, the Brazilian from ABT Schaeffler Audi Sport mounted the podium for the fourth time in as many races. As a result, he is closest rival to current championship leader Sébastien Buemi from the Renault factory team.

The ePrix in Argentina’s capital met the high expectations of the fans and media: the spectators lining the 2.48-kilometer long track and worldwide in front of the television enjoyed a thrilling heated battle, in which Lucas di Grassi drove from seventh on the grid to scoop a podium finish. The South American very nearly took victory in his as good as ‘home race’. However, a relatively late safety car phase brought Buemi within striking distance which in turn allowed the Swiss to overtake and make it impossible for di Grassi to challenge the later winner Sam Bird.

Di Grassi’s delight over the tenth trophy in his 15th Formula E race was correspondingly subdued. "A podium is always a success, about which I’m pleased. But we all noticed clearly today that we must work hard if we want keep our hopes alive in the title battle with Renault." Although the German produced the fastest pit stop yet again, a huge amount of work awaits ABT Schaeffler Audi Sport on the track.

Formula E makes its debut in Mexico on March 12. Lucas di Grassi travels to the fifth race of the sea-son second in the standings. ABT Schaeffler Audi Sport also holds second place in the teams’ classification. "We weren’t strong enough today to seriously threaten Renault, we have to be honest with ourselves," summarized Hans-Jürgen Abt. "But we’ve shown that we can and will fight. We have nothing against the role of underdog and will take every chance no matter how small."

Race day in Argentina showed just how big the sup-port is in this quest: the fans from around the world had been voting online for days for Lucas di Grassi so that the Brazilian has the so-called FanBoost available. It gives the driver extra power for a brief period of time.