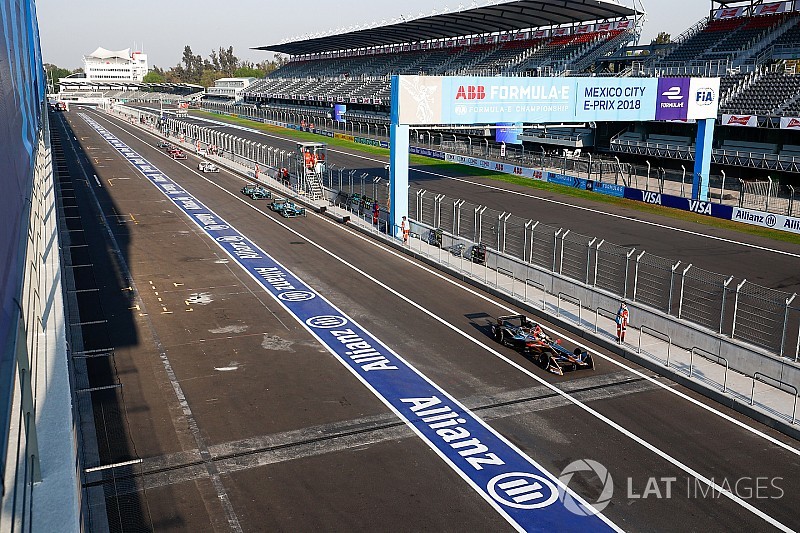 Andre Lotterer says the risk of team personnel being injured in Formula E pitstops is an unfortunate “part of racing” and could happen at “every race”.

The Techeetah driver clipped the right leg of one of his mechanics as he pulled away from the mid-race car swaps in last weekend’s Mexico City race, and was given a drive-through penalty for an unsafe release.

It was the first such incident since FE removed the minimum pitstop time ahead of the Santiago event last month.

When asked if the accident was a consequence of that decision, Lotterer said: “Yeah, I think these are things that are going to occur and show up – maybe every race – but in a different garage.

“Everyone is pushing the limits and the cars, they are so close together, there’s not much space for the mechanic to jump off the car once the belts are done.

“But that’s the same as other pitstops in other categories – mechanics change tyres [and] it always happens once in a while.

“This is part of racing.”

The mechanic suffered ligament damage in the incident, which cost Lotterer a likely points finish.

“I left like usual but it was really a fraction of time, maybe a tiny bit, too early,” Lotterer explained. “I don’t know what happened.

“He’s fine, which is important as well.

“But it’s a shame for the result because P7 would have been the position – so points – and instead [it was] P13.”

Audi Sport Abt driver Daniel Abt jumped into the lead of the race, which he went on to win, by making a significantly quicker pitstop that NIO rival Oliver Turvey.

The 25-year-old paid tribute to his mechanics but called the process “incredibly stressful”.

“I’ve always said I don’t like it, today I like it of course, but it’s very tough,” he said.

“It’s tougher for the mechanics than for us, for them it’s so easy to just get one thing wrong and then it can cost the race or something.”

The abolition of the minimum pitstop time is one of the most unpopular decisions I’ve come across in Formula E.

There’s very little space in the FE garages, even in a permanent facility like Mexico, and that means little room for mistakes.

As soon as the protection of a minimum pitstop time was removed, it risked an incident, and now we’ve had the first case of someone being injured completely unnecessarily.

There’s no need for this element of competition in the car swaps, which are being dropped at the end of this season anyway.

It’s a simple matter of safety, and that’s an area that should never be needlessly compromised.

There would be very few complaints from teams or drivers if it was reinstated for the remainder of the season, and this is exactly what should happen.

Otherwise next time – and as Lotterer says, there’s a good chance there will be a next time – the consequences could be much more severe.