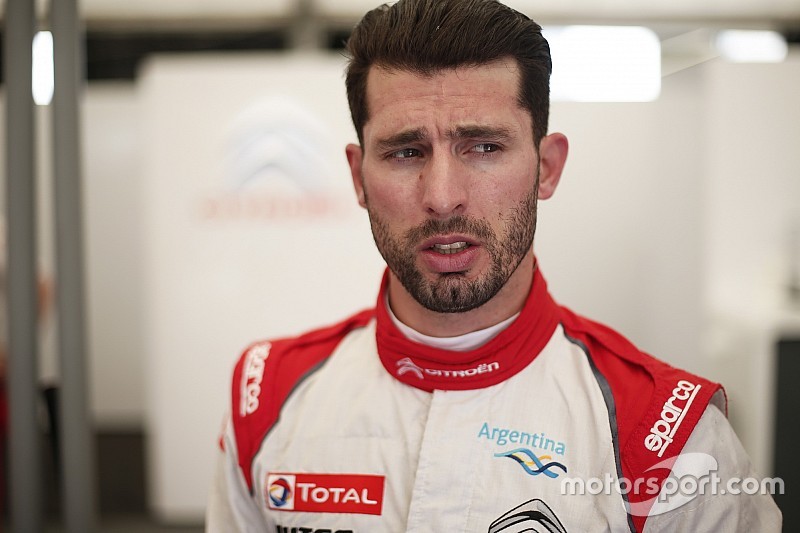 As anticipated by Motorsport.com last month, Lopez has been confirmed as the replacement for Jean-Eric Vergne, who is confirmed at the new Techeetah outfit, at the Anglo-French squad.

“This is a really exciting move for me and I’m looking forward to the challenge of Formula E with DS Virgin Racing," Lopez said upon the announcement.

"I have already had some experience working with the DS Performance team on the season three car, so I am confident that we can achieve great things together next season.

"As a championship, Formula E is going from strength to strength and I’m particularly looking forward to going back to Buenos Aires where the team had such great success last season!”

Lopez, currently leading the WTCC standings for Citroen, will reprise a single-seater career that previously ended a decade ago, when he drove for the Super Nova team in GP2.

The Argentinian did come close to making his Formula E debut in this year's Buenos Aires race, when Vergne was taken ill before eventually being declared fit to compete.

Lopez also held a role as an occasional test driver for Renault F1 in 2006, and was to have been one of the drivers of the planned USF1 squad in 2010.

Xavier Mestelan Pinon, Head of DS Performance, added: “Jose is a fantastic addition to DS Virgin Racing, he’s a world-class driver that has dominated WTCC for the past two seasons and is currently leading the ongoing season.

"He has worked with us closely at DS Performance on our season three car. After gaining third position in the Team Championship for our first year in FIA Formula E, we believe that he and Sam will form a strong partnership and make it possible to fight for the overall championship next season.”

Lopez, who previously expressed his desire to remain linked to the PSA Peugeot Citroen group, has already tested for the DS Virgin team, and will get further running next week in Spain.

Bird meanwhile remains at DS Virgin for a third successive campaign, despite attracting interest from the new-for-season three Jaguar outfit. He finished fourth in the season two standings, haven taken the team's only win of the campaign in Buenos Aires.

New DS will ‘start from scratch’

After an erratic second season for DS Virgin, which beat Dragon Racing to third in the teams' standings by a single point, the team is almost certainly reverting to a one motor set-up for season three.

By the time of Bird's Buenos Aires victory in February, the team had brought experienced engineer Xavier Mestelan, who had previously been Citroen Racing’s Technical Director for 16 years, into the fold.

Mestelan began work immediately on DS Virgin's season three and season four programme, the team having been developing areas of the season three car at its technical centre since the beginning of the year.

Speaking to Motorsport.com at Berlin in May, Mestelan said: “We start from scratch and we have designed a brand new package.

"We will not keep any parts from the current season. We will improve the energy performance a lot and we will reduce the weight of the car a lot.”

Hans-Jürgen Abt: "Extraordinary performance by the team and its partners"