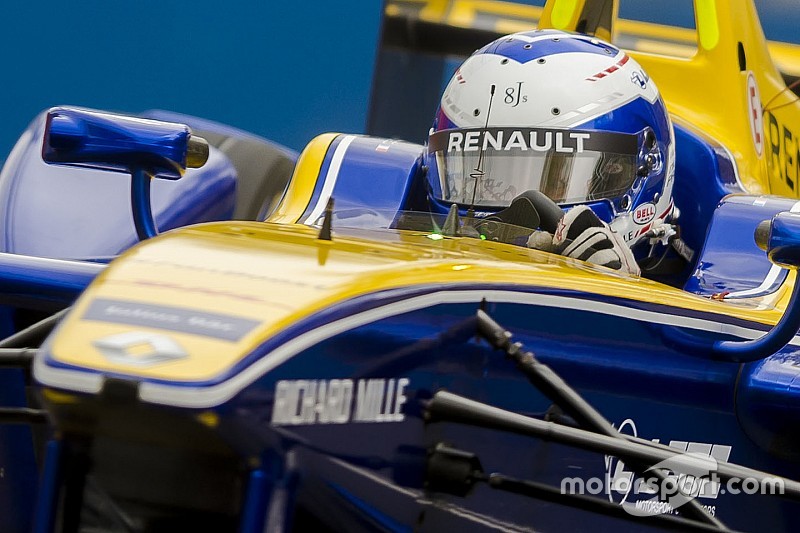 Nicolas Prost led the way in the opening practice session for the Formula E season finale weekend at Battersea Park, topping a session interrupted by a red flag caused by a crash for Robin Frijns.

But it was DS Virgin driver Sam Bird was in command, on a 1m26.370s, when the red flags were shown with 22 minutes to go, as Robin Frijns buried his Amlin Andretti-run machine in the barriers at Turn 17.

Proceedings resumed with 11 minutes to go on a congested track, but it wasn't long before Prost seized the top spot on a 1m25.493s, before improving to a 1m25.399s.

Buemi briefly went second behind his Renault e.dams teammate, until Loic Duval broke up the French squad's 1-2 with a time 0.284s shy of fellow countryman Prost.

That relegated Buemi to third, 0.319s behind his teammate, ahead of Abt Audi teammates Daniel Abt and di Grassi, who ended up six tenths off the pace.

Reigning champion Nelson Piquet Jr, who was crowned last year at Battersea, was an encouraging sixth ahead of NEXTEV TCR teammate Oliver Turvey.

Bird, one of the few drivers not to improve on his time after the red flags, was shuffled down to eighth in the final reckoning, with Venturi duo Mike Conway and Stephane Sarrazin completing the top 10.

Frijns, whose crash was the only major incident of a relatively clean session, ended up 13th-fastest, not returning to the track after his shunt.