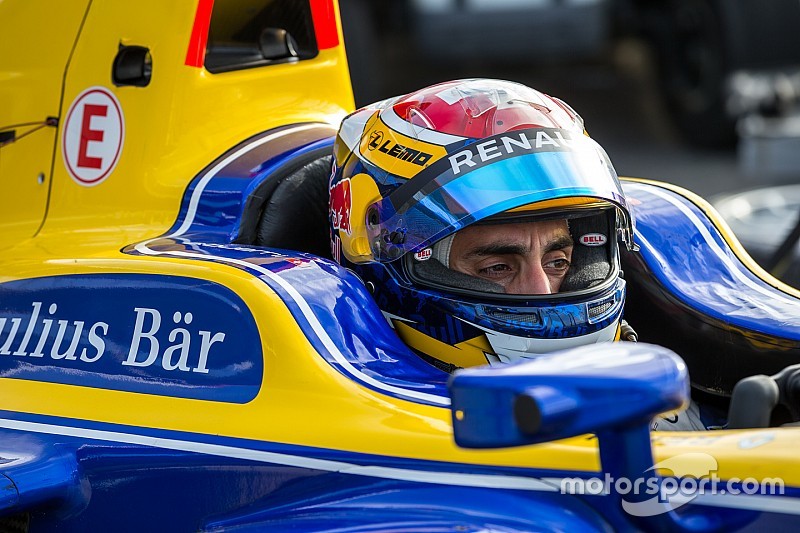 Sebastien Buemi topped the timesheets in the second practice session for the Formula E season-concluding London ePrix, edging Daniel Abt by just over a tenth of a second.

Title contender Buemi was in control for the majority of the 30-minute session, demolishing the benchmark set by Renault e.dams teammate Nicolas Prost in FP1 almost immediately with a 1m23.433s.

That time stood as the one to beat until the final 10 minutes, as Abt picked up his pace to lap 0.141s faster than the Swiss.

A last-minute effort from Prost put the Frenchman up to third, 0.144s off the pace of Buemi, ahead of Dragon Racing's Loic Duval.

Points leader Lucas di Grassi had languished down in 10th before his final lap using full power, which was completed after the chequered flag had fallen and lifted the Brazilian to fifth, 0.241s off the pace.

Jean-Eric Vergne was the best of the DS Virgin drivers in sixth, his teammate Sam Bird finishing down in 11th after suffering a problem while on a hot lap.

Prior to the session, the qualifying groups were announced. These are as follows: