The squad will run Formula 2 frontrunner Albon for his debut FE campaign in 2018/19, alongside season two champion Sebastien Buemi.

Driot explained how his dismay at talented drivers not getting chances in higher categories due to financial considerations boosted his desire to recruit 22-year-old Albon.

“I really wanted to have him because sometimes I am so disappointed to see talents not going anywhere because of [financial issues],” Driot told Motorsport.com.

“It’s a very good opportunity for us. We know he’s very quick, there is no doubt about it.

“We all know the problems that these young drivers have with Formula 2 budgets – even when they are succeeding [as] you will see the result at the end of this season with a guy like [Mercedes Formula 1 junior George] Russell.

“So if a guy like Russell was a problem, you think that for Alex, who is demonstrating that he’s very quick [it is also an issue].”

The e.dams boss added that Albon, who took part in FE’s inaugural FE rookie test with the team when it was running as Renault’s works operation in Marrakech in January – although Motorsport.com understands this played no part in the team’s decision to hire him for season five – has a strong recent record in the junior categories.

“When you are runner-up until the last race in GP3 with Leclerc that means that you are not very slow,” said Driot.

“Also, he has done many pole positions with us this year, he has done beautiful races. This man is very well educated, very calm, very quick, and very easy to work with.” 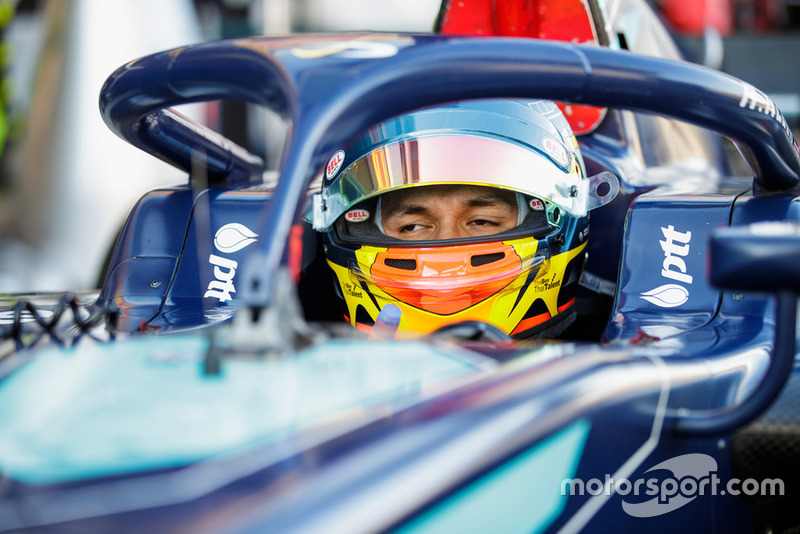