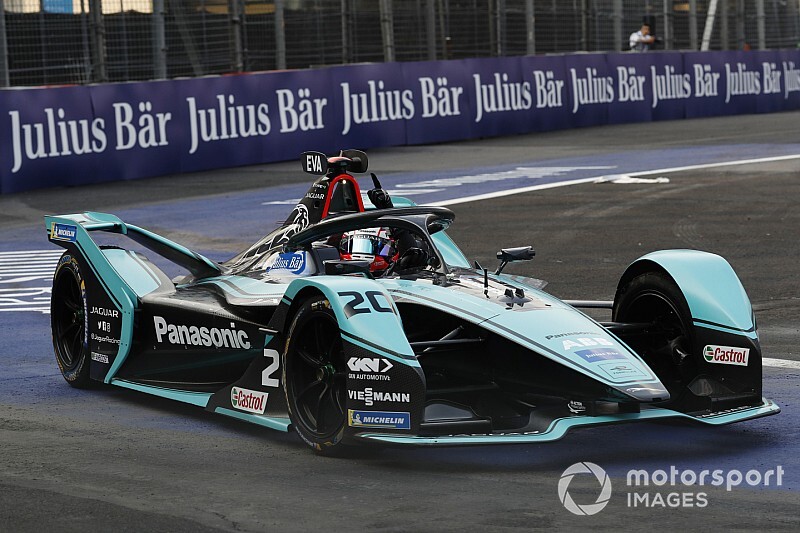 Jaguar is now one of Formula E's "benchmark" teams in qualifying, believes Mexico City E-Prix winner Mitch Evans, even if DS Techeetah remains the team to beat on race pace.

After passing polesitter Andre Lotterer's Porsche into Turn 1, Evans put on a dominant display to clinch the second FE victory of his career at the Autodromo Hermanos Rodriguez.

He led by up to seven seconds, although backed off to consolidate the win over the DS Techeetah of Antonio Felix da Costa by 4.271s, in what was heralded as one of the most dominant displays ever in FE.

After qualifying just 0.063s adrift of Lotterer, Evans said that Jaguar is now among the strongest squads over a single lap, but admitted the team still had a deficit in race pace to the DS Techeetahs of da Costa and reigning champion Jean-Eric Vergne.

When asked by Motorsport.com whether Jaguar was now a season-long title threat, Evans said: “The last two events, I think, have proved that. Both tracks are very different so it was nice to be competitive today over one lap.

"But we were still behind the DS [cars in the race]. Antonio was running at least two percent more [useable energy] than me during the race, which is a lot, so I'd be worried if I was starting next to him.

Evans had also led the previous race in Santiago before dropping to fourth on the road - eventually claiming a podium courtesy of a penalty for Mercedes driver Nyck de Vries.

The Kiwi driver had been critical about the team’s Santiago showing over team radio, saying: “We’ve got some serious work to do, guys. That was an extremely poor performance."

"After Santiago we were all scratching our heads and had our tail between our legs," said Evans after his Mexico victory. "It's just a huge testament to the team - they found all the issues we had in Santiago, which was quite a lot.

“It was nice to also show that we can resolve issues and show the pace that we do have - not just over one lap."

Commenting on Jaguar's turnaround from Santiago, team director James Barclay told Motorsport.com: “After the show in Santiago we were hard at work already with where we felt we needed to improve, analysing where we had issues.

“For us it was that we had fundamentally a software glitch in Santiago. It was about addressing that and making sure that didn't happen again.”

Asked if there had a been a noticeable change in Evans’s demeanour in the run up to the Mexico  race, Barclay said: “The reality is when you you're capable of more and something holds you back, it's frustrating. That's what you saw from us all in Santiago.

“Mitch is naturally one of the quickest guys in this championship and we've now seen his race performances are phenomenal.”