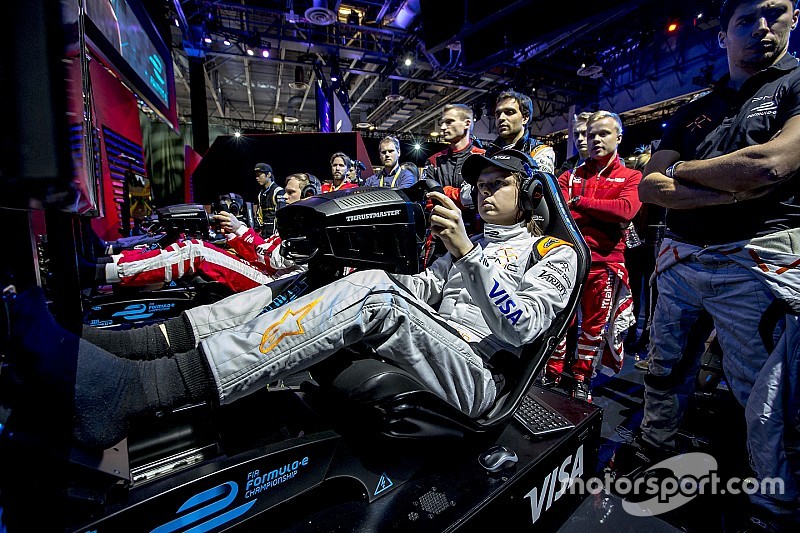 Gamer Bono Huis was confirmed as the winner of the inaugural Vegas eRace’s $200,000 jackpot, after a penalty for on-the-road winner Olli Pahkala was confirmed by race stewards.

Finn Pahkala led home Huis and professional driver Felix Rosenqvist, but was subsequently penalised after the race for illegal use of Fanboost, which dropped him to third.

Data that was shared on Twitter by fans in the immediate aftermath of the race showed that Pahkala had produced a sequence of laps that were aided by the extra power provided by Fanboost.

Formula E confirmed that this was indeed the case, and that Huis – who was clearly bewildered by how he’d been beaten after the race – was the true winner from Formula E racer Rosenqvist.