How Formula E has got manufacturers knocking on its door 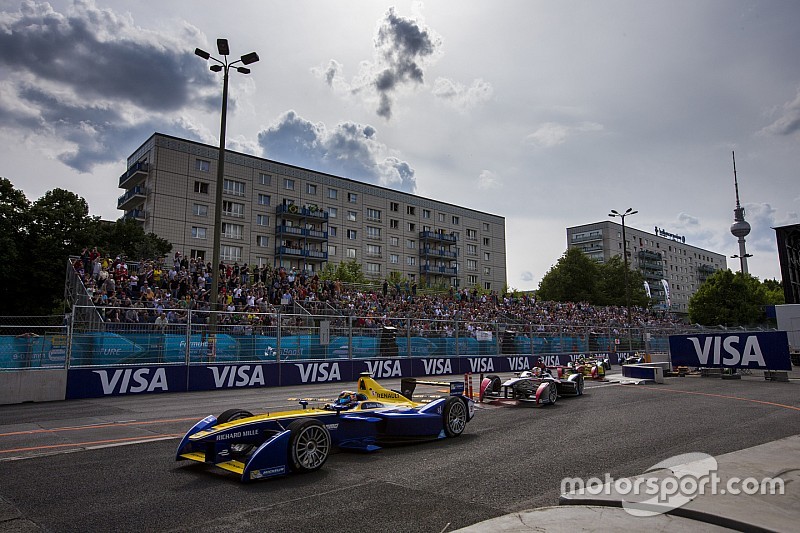 In less than two seasons, Formula E has become a magnet for manufacturers striving to develop their own electric technology. Sam Smith reflects on how the series has come to attract such interest.

Germany has been the hub for some of the world’s automotive engineering giant’s for over a century.

Yes, France invented the motor race, yes Great Britain has had more F1 World Champions than any other nation and yes Italy has the most iconic and romantic producer of cars that there has ever been.

But consistently, Deutschland has led the way in technical efficiency and production, on and off the track, with automotive giants VW and Mercedes among the country’s most celebrated institutions.

Just as, on the much missed David Bowie’s Berlin-influenced Low album of 1977, there is something for everyone in Formula E and Germany has embraced it.

Traditionalists may scoff about a perceived lack of aural attraction in the all-electric series, but more often than not, they have usually not bothered to even to watch a race live, let alone understand what it is trying to achieve in motorsport and future mobility.

And the supposed ‘sound issue’ is now so passé. What the crowd love about the sound is that they can actually still communicate and interact with their families and friends while the racing is going on.

German appetite for future ideas and concepts is why so many people have shown an interest in the two rounds of the all-electric championship held on German soil so far.

Last Saturday afternoon, the starting grid on the on the Allee Karl Marx offered some solid evidence for this significant level of interest. On the grid I counted several influential people, in not only the motorsport industry, but also the European car making business.

Why, even Frank-Stefan Walliser - Vice President of Motorsport at Porsche AG - and a well-known face in the FIA WEC paddock with Porsche was in casual attendance, but keeping his ear very close to the ground.

There were also senior personnel from Volvo and BMW in attendance. DTM boss Hans-Werner Aufrecht was even there, while his racing community qualified a few hundred miles away in Spielberg.

It is big hitters such as the above gentlemen who will start changing the landscape of racing in the coming years, excavating even higher peaks for zero emission racing to ascend.

The upshot is they have to, because the projected forecasts for electric and hybrid road cars is significant enough to warrant huge R&D spends.

How the oil industry will digest this is probably going to be one of the most interesting political and economic stories of the next generation.

There were several significant meetings going on in the Berlin paddock and VIP areas at the weekend.

Stories linking Nissan and BMW have yet to be realised, but at some level both are set to be involved in some capacity to existing teams in the coming months and years.

The names of Mercedes/HWA, ZF and potentially several brands within the VW Group are highly likely to follow.

Then there are the Silicon Valley big hitters. The Faraday Future company is seriously considering a Formula E project in the coming seasons and could be on the grid in some capacity from the start of season three.

Why the clamour to get in to Formula E when it is still at a relatively nascent stage in its development? It’s simple; the product and potential return on investment for these huge companies is significant in the long game.

Its customers of the future are out there on the city streets, and they are sponges to new, and most importantly cool, mobility.

The venues are getting bigger, the territories are expanding. Reach is everything in sport and Formula E’s tentacles are starting to spread rapidly. In short, Formula E is maturing faster than expected.

Agag, Liberty Global, Discovery Communications, the teams and indeed all those who put on the events are growing the Formula E experience in to something that can achieve their grand ambitions in the coming seasons.

And they come no loftier than getting an event in New York, the self-acknowledged holy grail for series boss Alejandro Agag.

The deal isn’t done yet but progress was made at meetings that the irrepressible Spaniard had in the Big Apple last week. If he could pull it off, it would send a sizeable shockwave of awe and envy through the motorsport world and probably beyond.

Speed of Life, the opening track on Low includes the lyric ‘I was running at the speed of life...’ It is a relevant ditty in many ways, not just for Agag, but for all those that have kept faith with the Formula E dream and are now starting to get the credit they deserve for starting something very special in sporting, social and economic terms.