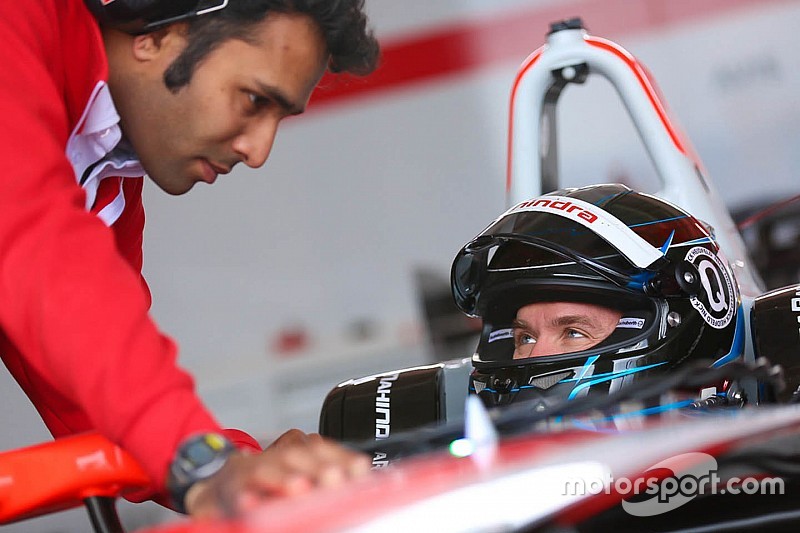 Nick Heidfeld will make a decision on whether he can return to the Mahindra Formula E cockpit after shakedown at the Buenos Aires venue on Friday.

Motorsport.com revealed on Thursday that Adam Carroll had been flown in as a standby should Heidfeld feel he cannot perform at his usual high level.

The German damaged the band of tendons that run through the hand after correcting his car at Putrajaya when it went in to a slide.

He had an operation shortly after returning to Germany and has had physiotherapy from the beginning of the year onwards to heal the injury.

"They opened my hand, but in order for it to be fixed correctly, they said six or seven weeks for it to heal properly," Heidfeld told Motorsport.com.

"The problem is the muscles go away, and you have problems as the hand is not used. I have had therapy on it since January 4th."

The former BMW and Lotus Formula 1 driver, who scored a podium position on his Mahindra debut at the Beijing ePrix, tested an old GP2 Dallara at Valencia recently, and didn't suffer any side effects.

"It went OK and I didn't have any pain the next day which was important, but I didn't push as I didn't want to do anything stupid," continued Heidfeld.

"So then we decided with the team we would come here and I have a good chance but will only decide after the shakedown."

However, the twisty nature of the Buenos Aires parkland track is set to test the dexterity of his left hand.

"The hairpin at the start of the lap goes left, so my right hand will do most of the work there, but honestly I think here it is not as bumpy as some tracks on the Formula E calendar.

"The doctor said I would be fine to drive, and I should just feel and listen to what my body tells me."