Heidfeld close to re-signing with Mahindra 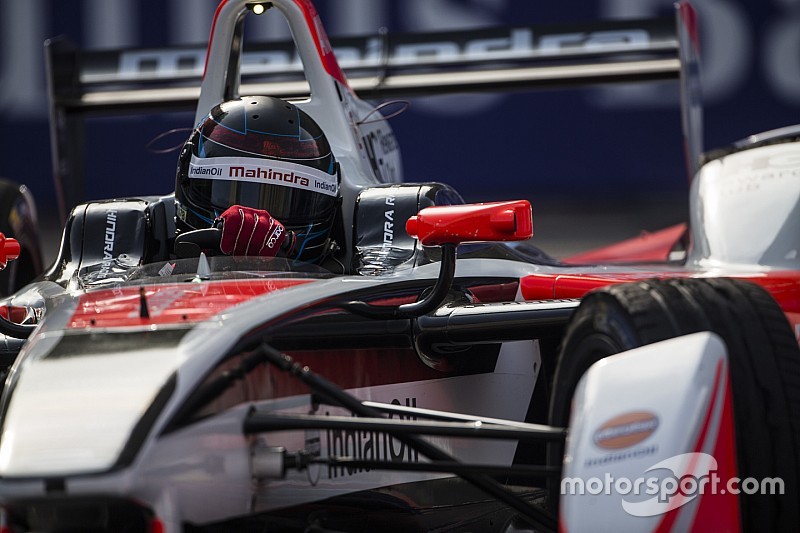 Nick Heidfeld says he is close to signing a fresh deal to remain at Mahindra for another season of Formula E.

The German put in one of the drives of the race during last Saturday’s Berlin ePrix, coming from the rear of the grid after being penalised for running wrongly-pressured tyres in qualifying to finish seventh.

“I am very optimistic for season three,” Heidfeld told Motorsport.com.

“I have not signed yet, but there is a good chance I will continue with Mahindra, I enjoy it here. We are talking closely and I think there will be a very good drivetrain for next season.

"The big question as always is what the others are doing and their level of improvement, but I think with Magneti Marelli and the partners Mahindra has in place, it can be good.”

“The last few races have been good but it is always the same in racing - ‘could’ve, would’ve, etc'.

“But both Bruno [Senna] and myself were in the Super Pole top five here and at Paris I set fastest lap, so the pace is there, and as a team we are operating at a very good level.”

Heidfeld’s Berlin burn from the stern

Heidfeld’s Berlin ePrix saw him drive through the field from the rear of the grid after his fifth place in qualifying time was deleted for not having the ‘minimum hot tyre pressure.’ - 8 percent out on the 1.60 bar decreed by Michelin ahead of the meeting.

All competitors must comply with the working ranges of the tyres (minimum and maximum camber, minimum cold and hot pressure) and teams have to ensure its tyres are working within a pre-defined range.

Teams have fallen foul of the range measurements before - for instance, that was the cause behind Team Aguri’s Antonio Felix da Costa losing pole position at Long Beach last month.

Some teams are believed to get caught out by being too close to the pressure margin based on the last race settings and forgetting to adjust pressures accordingly for the new range.

The ambient temperature at Berlin for qualifying actually increased from 21 to 22 degrees Celsius from the start to the end of the qualifying session.

Speaking at the end of the race, Heidfeld said: “At this stage we don’t understand what happened with the tyres and we will have to investigate.

"Our first thought was [that] it must be the pressures but speaking to our guys, our engineers, they were really surprised.

"We just need to understand exactly what happened because obviously it was very hard to take as qualifying looked good for us.”

Heidfeld told Motorsport.com that he enjoyed his fightback from the rear of the grid. The German overtook Ma Qing Hua, Mike Conway, Loic Duval and Simona de Silvestro on his way to collecting six points.

“It was an enjoyable race and it is always nice to come through from the back of the grid.

"For the result, it is not great because you always think what could have been when you originally start from fifth on the grid [before the penalty].

"But we made the most of it and the good news is that we have made good progress in recent races.”

Heidfeld’s teammate Senna, who also got a tyre pressure penalty, was set to follow his team mate through the field but suffered contact early in the race and was forced to pit for repairs.

The Brazilian went on to score two points for setting the fastest lap of the race.

With two races remaining, Mahindra maintains fifth place in the teams' standings, nine points up on the sixth-placed Venturi squad.

Di Grassi celebrates his 7th podium of the season