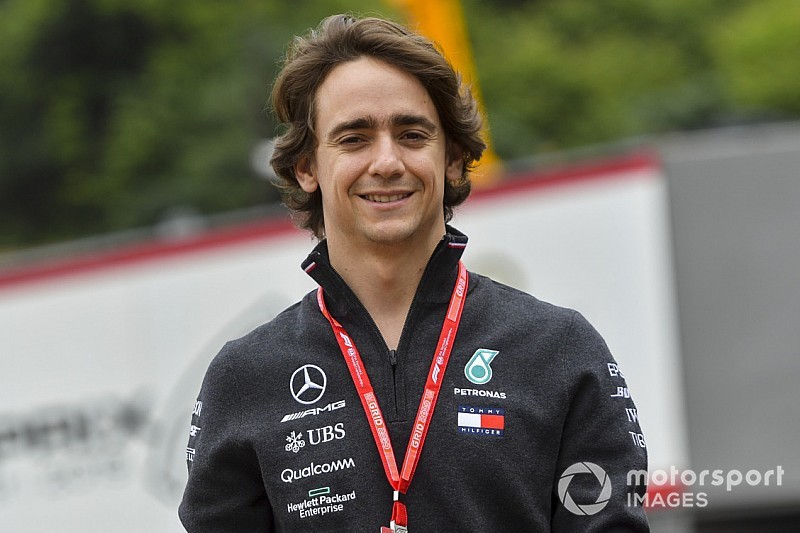 Mercedes has announced that ex-Formula 1 driver Esteban Gutierrez will run with its ABB FIA Formula E squad at a four-day test in Mallorca this week.

Gutierrez completed three FE races with the Techeetah squad in the 2016/17 season following his exit from the Haas F1 squad at the end of '16.

But he left the electric championship to drive for Dale Coyne Racing in the IndyCar series during the 2017 season.

Gutierrez has been working for Mercedes as a development driver for its F1 squad during 2019.

Mercedes is continuing its private FE manufacturer-allocated testing programme as it gears up for its entry into the championship in 2019/20 when it will take over the HWA entry that competed as a feeder team for the marque during the last campaign.

HWA's other FE driver, Gary Paffett, has also driven the Mercedes development FE car during previous tests at the Varano circuit in Italy.

At the recent 2018/19 FE season finale in New York, Paffett explained that Mercedes' current testing programme was "about getting mileage, cementing the reliability and things like that".

"It was good," he told Motorsport.com regarding his time in the car. "Reliability has been strong and the mileage has been good.

"The kind of power delivery and things like that is smooth, which is always difficult with these things - making sure the systems all work together.

"There's still a lot of work to do, especially on the system side of things and ironing out the robustness of the system and the powertrain.

"I think the first couple of tests have gone well and we're on the right tracks. [But] there's a long way to go. We've got enough time to do it but it's whether we can reach the point we need to be at by the end of the cycle."

How London is getting its own Eau Rouge