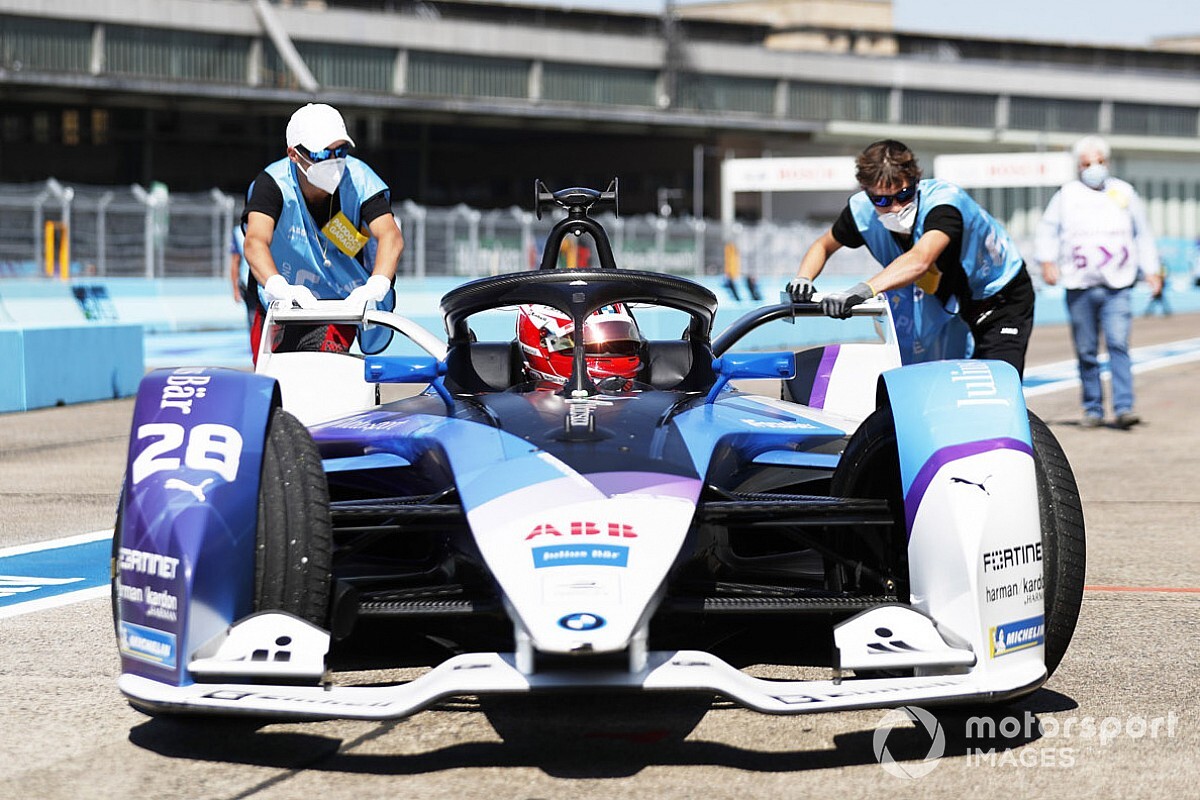 BMW Andretti’s Maximilian Gunther has been disqualified from the first Berlin E-Prix having exceeded the amount of useable energy available.

Guenther, who ended a manic race at the Tempelhof Airport in eighth position, had been in the wars at several points during the 36-lap opener in a series of six races in Berlin.

Having been investigated early on for a suspected collision between himself and Envision Virgin Racing’s Robin Frijns, which put the Dutchman out of the race, Gunther also found himself under the magnifying glass for contact with Jaguar’s Mitch Evans – on which the decision is currently pending. Evans, having been fighting among the points, was punted into a spin by Gunther and fell down the order to finish 15th.

Many of the drivers in the race, which was extended by a lap more than expected, found themselves perilously close to the limit on useable energy, which had been cut to 45kWh as a result of a safety car and a full-course yellow period.

Gunther was adjudged to have exceeded that limit, a breach of Article 7.6 of the technical regulations, and was hence expelled from the final classification of the race. The German’s disqualification now elevates Audi’s Lucas di Grassi into eighth and BMW team-mate Alexander Sims into ninth.

Gunther will now drop to fifth in the standings as a result, having now fallen behind Sims and Stoffel Vandoorne. Meanwhile, new Audi recruit Rene Rast is now classified in 10th place, giving the two-time DTM champion his first point in Formula E.

Two drivers were also awarded penalties before the start of the race – Oliver Rowland and James Calado – in the form of grid drops, but both had them partially converted into time penalties having been unable to fulfill the whole penalty.

Rowland had the inverter and gearbox changed on board his Nissan e.dams car and received a 40-place grid drop, which became a pitlane start and a 10-second stop-go penalty during the race. The British driver recovered to 16th, which now becomes 15th after Gunther’s disqualification

Jaguar’s Calado had to take an entirely new powertrain, taking a new motor unit, battery and inverter for a 60-place penalty. He also received a 10-second stop-go penalty having been unable to take the full grid-drop, and finished behind Rowland in the race.