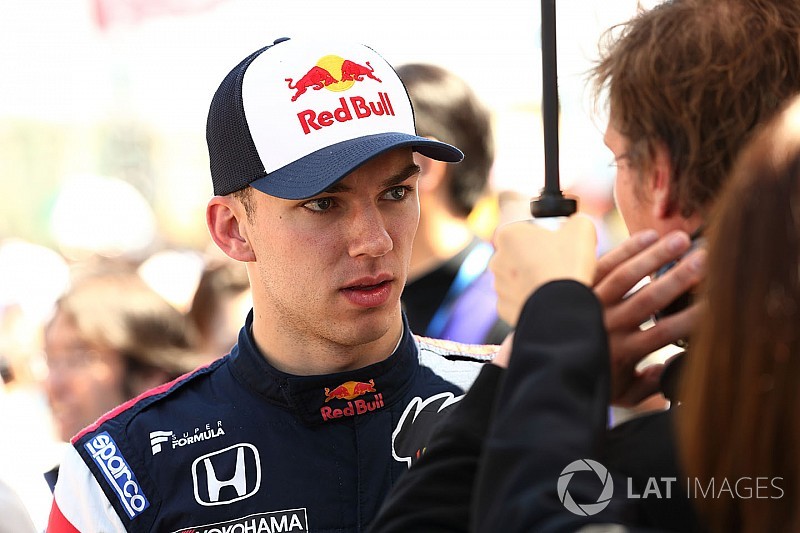 The Red Bull Formula 1 reserve driver, whose main programme is in Super Formula this year, is set to be reunited with his former GP2 team if Formula E points leader Buemi is unable to attend the Brooklyn races owing to his Toyota LMP1 commitments at the Nurburgring.

Gasly, who attended the Le Mans 24 Hours last weekend and spent some time at the DAMS workshops located close to the circuit, is believed to have had the all-clear from the Red Bull F1 team to race in New York.

He was initially due to attend the British Grand Prix at Silverstone, but can now head to New York to be Nicolas Prost’s Renault e.dams teammate in the double-header event.

While team boss Jean-Paul Driot would not comment directly on Gasly, he told Motorsport.com earlier this month that having a “quality” replacement for Buemi would be key, adding: “We are fighting to protect Seb’s [points] lead and also to extend our team’s championship gap.”

Renault e.dams currently lead the teams’ championship by 58 points with only the New York and Montreal double-headers still to be run.

Driot also admitted the team would have to take a driver without prior Formula E experience.

“I know who we will put in the car if we have to make a change,” he said.

“There is no one around who has good experience in Formula E for us, so the driver we have will not have race experience.”

An approach for Scott Speed was rebuffed when Andretti would not release him for the one-off appearance in New York.

Toyota and Renault e.dams are believed to have been discussing this week whether there is any scope for Buemi to be released to race in New York.

But Motorsport.com understands that the only possibility of this even being considered would have been if Buemi and his Toyota teammates Anthony Davidson and Kazuki Nakajima had won at Le Mans over the weekend and stretched their WEC points lead.

Confirmation of Buemi’s replacement is expected to come from Renault e.dams later this month.

WEC and Formula E agree on no clashes in 2018