Robin Frijns “couldn’t care less” if he becomes Formula E champion without a race victory after his unlikely climb to eighth in New York ties him second in the standings.

This followed his meritocratic rise from 21st to score eighth in a race in which there were no major safety car interventions and no one ahead of him retired for Frijns to inherit positions.

He told Motorsport.com: "I drove to the front with pure speed."

His best result of the 2021 season came with second in round two at the Diriyah E-Prix following overnight Zoom calls to his team to rectify a lack of pace in the Saturday race.

Without a win so far, he reckoned a lack of crashes combined with a strong mechanical track record for his Envision Virgin Racing team-run Audi machine had kept him in contention.

Frijns said: “Consistency is always key, as it is in every championship.

“Formula E is obviously very difficult, but we don't have any mechanical issues in the car, we don't breakdown like [Jean-Eric Vergne, on the start line], for example, did.

“That's obviously a help. We're not in silly crashes so far as well.

“We're being quite consistent.”

He added that he “couldn’t care less” if he walked away in 2021 with the crown without a race win - which would be the first time the champion did not score a victory in Formula E. 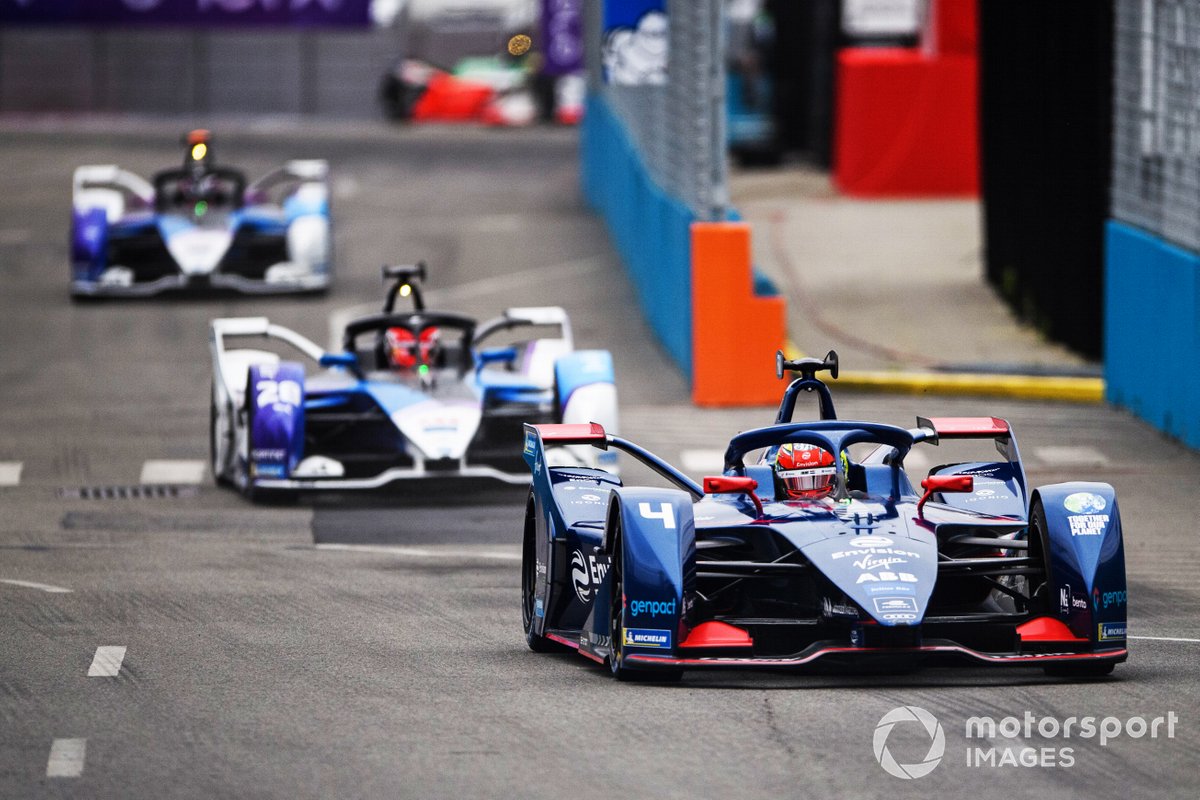 Frijns said: “We didn't win a race yet, but if I win the championship without winning a race then I couldn't care less.”

Rookie Cassidy, who claimed pole in Rome in April, told Motorsport.com that he had quickly adapted to Formula E but it was only in the last three rounds things “clicked a bit more”.

“I made that transition quite quickly,” continued the Kiwi, who set a lap record in the Marrakech rookie driver test for Envision Virgin Racing last season before replacing Bird at the team.

“But there's 23 other world-class drivers here, so it's not easy,” he continued.

“I didn't put it together earlier in the season.

“In the last three rounds, it's clicked a bit more in terms of putting the day together.

“I'm doing a more consistent job but also the team are alerting me more and giving me a package that suits me a bit better and I'm able to get more out of it.

“That's been a huge difference.”

Sebastien Buemi ends an eight-season association with e.dams in Formula E next season to partner up with Envision Racing. The 2015-16 champion hasn't had an easy run in recent years, but his new surroundings could well be what he needs to convert his burning ambition for more title success

Formula E looks set to achieve its long-held ambition of holding a race in Japan after reaching a preliminary deal for an E-Prix to be held in Tokyo in 2024.