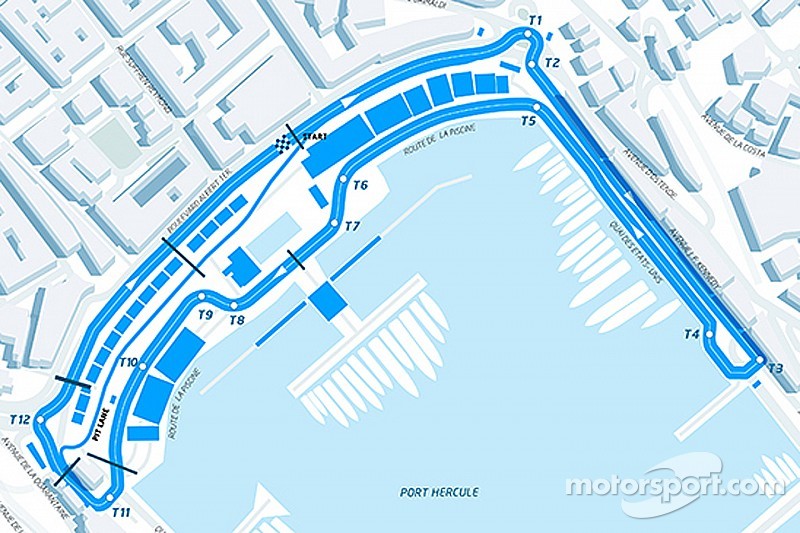 Formula E has revealed the layout for the first-ever all-electric single-seater race around the fabled streets of Monaco, and revealed that fans will not have to pay to watch the race live.

Round seven of the FIA-sanctioned series – which takes place on May 9 – will race on a variant of the Formula One circuit that has been in use since 1929, but misses out the loop to Casino Square and the famous tunnel section.

The revised layout uses the same start-finish line and pit complex but rather than continue up the hill to Casino Square the cars will take a sharp turn at Sainte Devote and re-join at the exit of the tunnel.

Monaco Grand Prix race winner Jarno Trulli, who races in the series for his own team, said: “I think it’s a reasonably good track and obviously the location is fantastic.

“It takes in half of the Formula 1 circuit, which is enough for the Formula E car and I’m sure it’s going to be good for overtaking. You can see that going down into the first corner there is a hairpin, then we head rearwards down towards the tunnel, where there is another hard braking with a possible overtaking point.

“From there you head back towards Tabac and the Swimming Pool corners, which in Formula 1 were very exciting and challenging.

“In Formula E cars they will be slightly easier, but nevertheless still a challenge, especially the exit of the Swimming Pool, which is going to be pretty slippery.”