Formula E title decision to be produced in last race 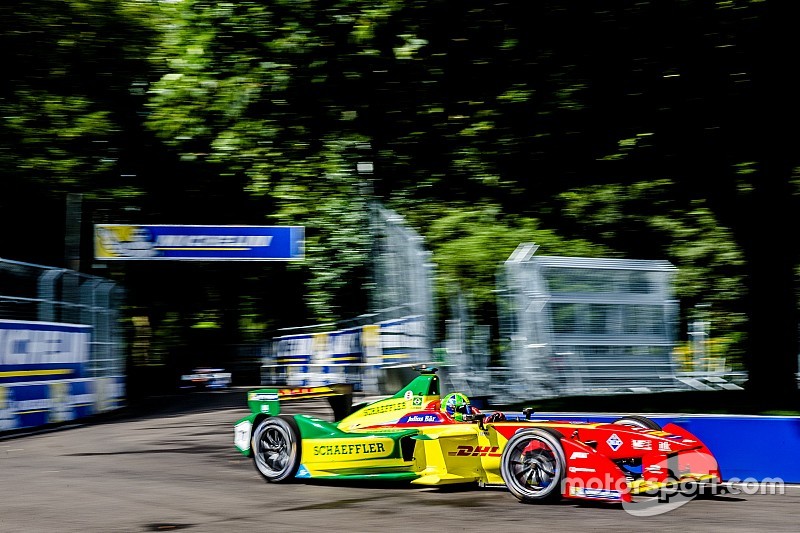 Following a strong fourth place in the penultimate race this Saturday, Lucas di Grassi is now entering the final showdown with a three-point advantage.

The fans at Battersea Park and in front of their TV sets witnessed a true thriller on Saturday. Changeable weather had made the qualifying session a gamble so that di Grassi and Buemi had started the 33-lap race only from grid positions ten and twelve.

The crowd then saw a gripping battle between the rivals who were directly trailing each other for large parts of the race. Lucas di Grassi managed to defend his position up to the chequered flag and to score important points in the process.

"I wasn’t able to take a deep breath for even a second today due to the pressure," said Lucas di Grassi, who received the FanBoost and thus an extra dose of power in the race from his fans and employees of his partners once more.

Now he is going to enter the grand finale with a three-point advantage over Sébastien Buemi. "One or three points, that makes no difference. We’re going to tackle the race the same way we did today: with full concentration, tough and fair racing, no mistakes - and if that does it, we’ll be overjoyed. But no matter what the outcome will be tomorrow, I’m already proud of my team, my partners and our performance. That we’re battling for the title in the final race is fantastic."