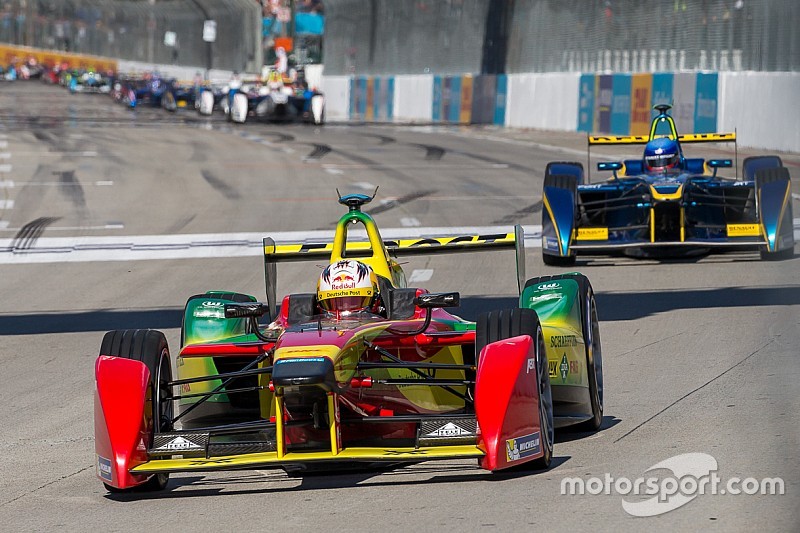 The event in Moscow will be one of the highlights on the Formula E calendar.

One thing is certain just a day before the Formula E race: the event in Moscow (race start on Saturday, 16:00 local time) will be one of the highlights on the calendar. The track runs directly past the Red Square and along the impressive backdrop of the Kremlin.

Daniel Abt and Lucas di Grassi impressed by Moscow

“Impressive. Tremendous. Filled with history.” The reactions of both Daniel Abt and Lucas di Grassi were clear during a short tour through the city center. Russia’s capital impressed the two ABT Sportsline team drivers. They wandered together across the Red Square, explored the area around the Kremlin and obviously checked out the famous department store GUM.

Warsteiner Electric Thursday as warm-up for the weekend

Warsteiner once again supplied the perfect warm-up for the race day in Moscow. Drivers and members from various teams were invited to the ‘Warsteiner Electric Thursday’, which has now become a small tradition in Formula E. Daniel Abt and Lucas di Grassi also swung by for a (non-alcoholic) beer in the ‘Mumiy Troll Music Club’ and also signed plenty of autographs and gave numerous interviews for the guests.

Le Mans looms on the horizon after Le Mans

Even if the Formula E race on Saturday is the focus of attention, Daniel Abt and Lucas di Grassi are already thinking of the 24-hour race at Le Mans, which is held this coming weekend. Lucas di Grassi competes as Audi factory driver in the R18 e-tron quattro and fights for overall victory. Daniel Abt makes his debut in the classic event at the wheel of the private Rebellion teams’ LMP1 car. Both drivers travel directly from Moscow to France where the technical scrutineering takes place for the teams on Sunday.

On the road with Volkswagen and VfL Wolfsburg

This partnership is driving on: the team also travels in and around Moscow with shuttle buses supplied by Volkswagen - a cooperation that arose through the mutual partner VfL Wolfsburg. The club displays its logo on the cars driven by Lucas di Grassi and Daniel Abt.