Formula E has unveiled the oval-based track layout, featuring a unique attack mode loop, that will be used for the first-ever Puebla E-Prix for which 10,000 spectators will permitted.

Since 2016, the championship has raced each season in Mexico using a bespoke version of the Autodromo Hermanos Rodriguez classic Formula 1 venue.

But with a hospital set up on the premises in response to the global health crisis, for 2021 the Autodromo Miguel E. Abed close to the city of Puebla has been drafted in as a replacement.

The 1.85-mile anti-clockwise layout has now been released, with the Formula E route set to break away from the World Touring Car Championship lap used between 2005 and ’09 - prior to the venue being dropped from calendar for 2010 owing to security concerns.

After Turn 3 of 15, the Formula E lap will follow a tighter hairpin and rejoin the tin-top configuration at Turn 6 for an infield loop rather than stick primarily to the outer oval.

A bespoke attack mode activation run has also been introduced for Puebla, meaning cars will have to trigger the 35kW power boost by following a World Rallycross-style ‘joker lap’ alternate route instead of running through a series of gates off-line as per Formula E convention.

The lap will then follow the remainder of the WTCC run, adopting another infield section before a fast-paced and banked final-corner run on the 1.25-mile oval that leads onto the main straight. 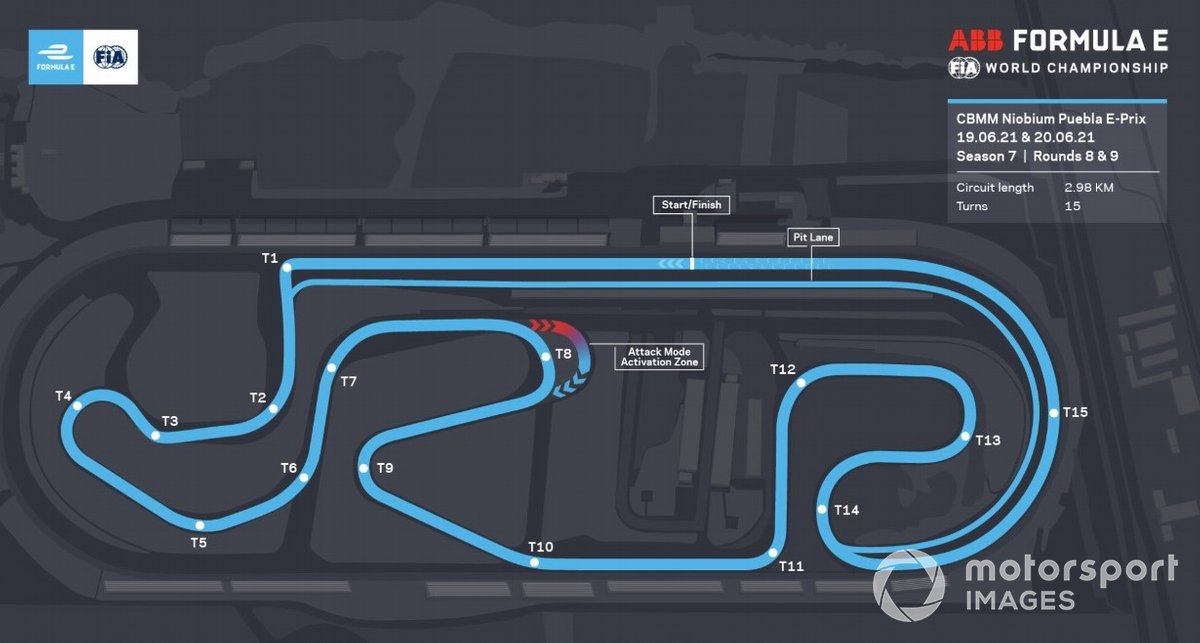 “Mexico City is already quite high, but we're going even higher, on a very, very big volcanic plateau and you can feel it.

“So, every day you can feel that kind of a little bit of lack of air and the tiredness.

“The track is interesting, and has a low-grip Tarmac surface.

“Back when I drove it, it felt almost like ice – it was really challenging.

“I think the biggest challenge will be for the driver, breathing wise and maybe tiredness - and keeping your head cool.

“I remember we could feel it."

After limited fan attendance for the most recent Monaco E-Prix last month, 10,000 spectators will be allowed per day for the double-header event.

This follows organisers opening talks in April with the authorities to create a protocol that will allow a reduced number of fans to enter the Puebla racetrack.