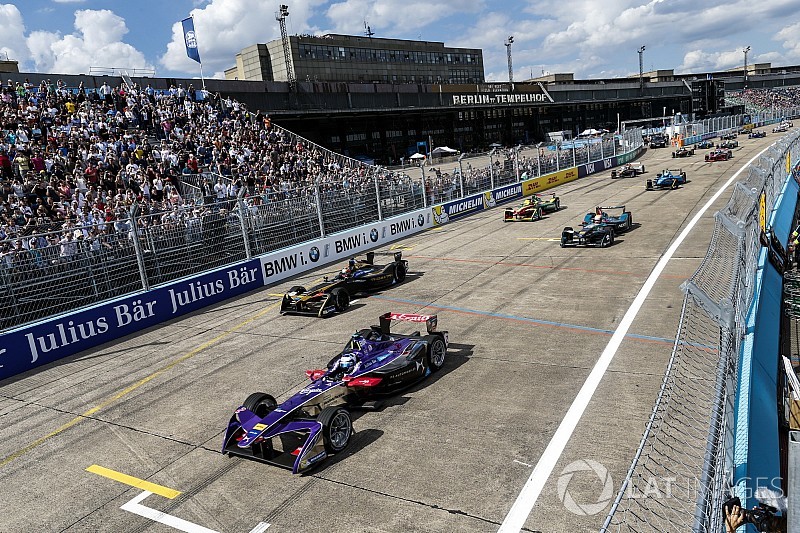 Venturi driver Maro Engel says the power increase confirmed for season four of the Formula E series is "extremely positive" for the championship.

The move to allow the extra 10kW power usage, and enhance the total race power available from 170kW to 180kW, has been written within the all-electric series roadmap since 2015.

"I think it is extremely positive and it will make a difference," Engel told Motorsport.com.

"The pace will be quicker and battery temperatures will change and it will make a difference related to the data which has been gathered this year and there will be faster races as well.

"In general the roadmap is there to continuously keep making Formula E faster and it is a positive idea as far as I am concerned."

Andretti team principal Roger Griffiths said the effect of the power hike can only be judged once the length of the races is decided by the ruling body.

"I think the effect on energy management will come down to what the FIA decides to on race length," Griffiths told Motorsport.com.

"If the races are longer or even the same length, having the extra power will make it a little harder to complete the race, but perhaps people will have made efficiency improvements to their overall powertrains so this may compensate for some of it.

"The other aspect is that the increased power may bring marginally more heat into the system as the average power around the lap will increase slightly."

The move to 180kW in the race is expected to assist the drivers slightly in that the delta between qualifying power (200kW) and race power (180kW) is now smaller.

Andretti driver Robin Frijns also approved of the extra power, but like Griffiths urged caution on race lengths, saying: "Every bit [of power] helps but then we need to stop making the races longer as the more energy we get the more we use too."

Some teams believe though that the increase will be minimal, with Mahindra boss Dilbagh Gill saying: "Our simulations based on same race length do not have a huge impact.

"Powertrains are going to be slightly more efficient next year which helps negate a part of this."

It is understood that the teams have come to a unanimous decision to again refresh the batteries after the end of the current season.

Additional changes for season four ratified by the WMSC also included more testing opportunities for the Formula E teams, with the return of an in-season test day.

The in-season test was scrapped this year after plans for a day of running after the Mexico City ePrix came to nothing.

For season four, it is believed that either Marrakesh or Mexico City again could host the extra day of running. Motorsport.com understands that the teams lobbied the promoters strongly to reinstate the in-season test.

Further running days have also been granted to the teams, with a rookie test and three extra promotional days granted.

The rookie test has been devised to bring new blood in the championship, and also to cover off any clashes some drivers may have with other series. Extra promotional days sees the total allowed rise from three to six, with an added 'roadshow' element set to feature in the marketing-led initiative.

Also announced by the FIA was the dropping of one of the non-qualifying practice sessions at double-header events.

Next season, three events – Hong Kong, New York and Montreal – are scheduled to be double-headers.

"The second day of a double-header always felt like groundhog day," said Griffith. "The likelihood is now that the practice session on Sunday would run a bit later in the morning, say around 9:30am as opposed to 8am.

"That means if you had an incident in the race previous, you have more time to get the car ready without perhaps missing the first practice."